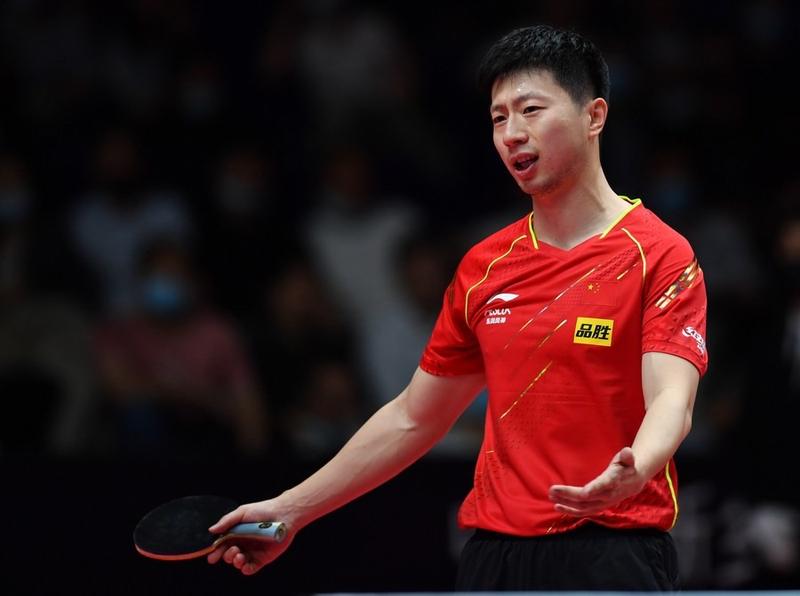 Both men's and women's singles top seeded paddlers have made it through to the finals with hard-fight victories.

World No 1 Fan Zhendong found it's far from enough to have led 2-0 on sets when the rival player was a teammate from the all-time leading Chinese team.

"It rings an alarm as my quarterfinal victory last night also came after a 2-0 lead was denied and things then got harsh and complicated for me," Fan said as he recalled his 4-2 win over 16-year-old Lin Shidong on Wednesday.

"When it exposes so many problems in my own play, the competition is no longer a simulation to me, but a very serious event," said Fan, who's expecting to make an Olympic debut in less than 80 days in Tokyo.

"Zhu and I grow up together in the national team and have both competed at a high level for a long time. We could feel each other's tactical changes on the court. It's normal if the game goes either way," she said.