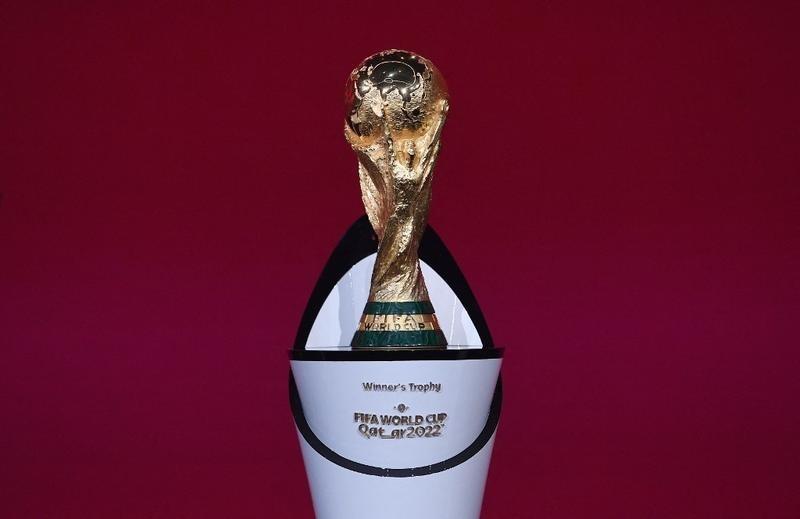 This handout picture dated Dec 7, 2020 released by the International Federation of Association Football (FIFA) shows the trophy displayed on stage before the UEFA preliminary draw for the FIFA World Cup 2022 in the Hallenstadion in Zurich. (KURT SCHORRER / FIFA / AFP)

One match day has been slated for June 3-4 and another for June 8, according to a statement on CONMEBOL's official website.

The Copa America - to be played in Argentina and Colombia - will start on June 13, marking the first time the tournament is staged in two countries.

One match day has been slated for June 3-4 and another for June 8, according to a statement on CONMEBOL's official website

The fifth and sixth rounds of South America's World Cup qualifying tournament were suspended in March because of COVID-19 travel restrictions in some countries.

CONMEBOL has said additional qualifiers will be scheduled in the second half of the year to ensure they are completed in time for the World Cup, to be played in Qatar from Nov 21 to Dec 18, 2022.

The top four teams at the end of the South American qualifying tournament will earn a direct World Cup berth while the fifth-ranked side will advance to an intercontinental playoff.