After overcoming great odds to twice reach the pinnacle of Paralympic ping-pong, Zhao Shuai is aiming to cap his career with success in Tokyo, Ye Zizhen reports. 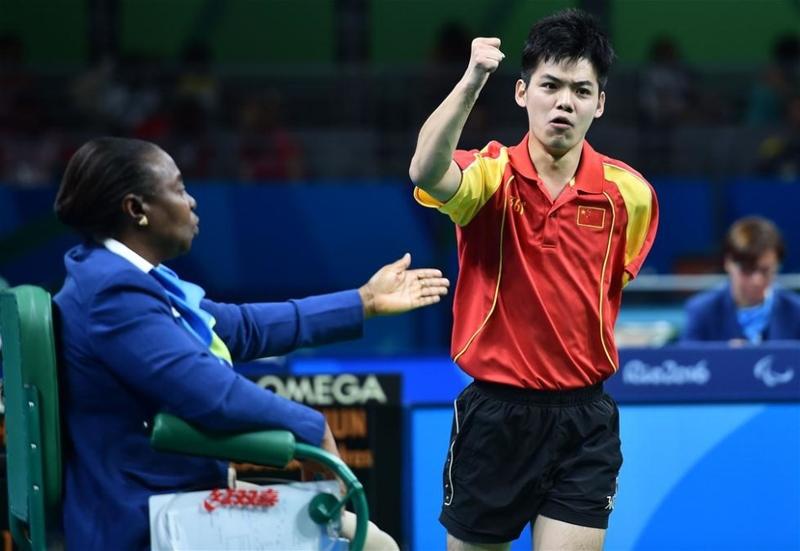 Zhao Shuai celebrates his gold medal after winning the table tennis final at the Rio Paralympics in 2016. (PHOTO PROVIDED TO CHINA DAILY)

The 2004 Olympic Games was very special. It saw the world's premier sporting competition return to Greece, the country of its birth, 108 years after the first modern Olympics were first held there.

The year would also turn out to be special for Zhao Shuai－life-changing, in fact－as that was the year he embarked on a journey that would lead him to his own gold medal glory, not once but twice.

In the year of the Athens Games, Zhao was just 10 years old, and what made his entry into the sports arena all the more remarkable was that, at the age of 3, he had lost his left arm in a motor vehicle accident.

A good mentality is very important. At that time, I thought being able to attend the Games was good enough and didn't expect gold. For me, enjoying playing is more important than winning.

Sensing that sport would benefit the youngster, in 2004, his father, a keen table tennis player, decided to introduce him to the game.

"My father felt that sport would not only make me fit but give me a more optimistic outlook," says Zhao, a native of Zhangjiakou, Hebei province.

Under the guidance of his father's coaching, Zhao soon developed a keen interest in table tennis.

"I used to play with my father after school and on weekends. When he was unavailable, I practiced against the wall."

As his skills improved, so did his passion for the game, and when he was 15 he was selected for the Hebei provincial table tennis team for the disabled.

According to his coach Li Zhendong, Zhao is not the most naturally gifted table tennis player, but he makes up for it with his hard work. After months of training with the Hebei team, he was able to match and beat his peers.

Zhao recalls the first time he attended a world-class competition, it was 2009 in Jordan, not long after he joined the provincial team.

Competition for disabled table tennis players is seeded on a scale between levels 6 and 10. The lower the number the higher degree of incapacity, and in Jordan Zhao was competing at level 8 (C8), higher than competitions in which he had competed previously.

"I was quite confident about that competition, but I performed poorly. It was then that it really sunk in how limited my skills were." 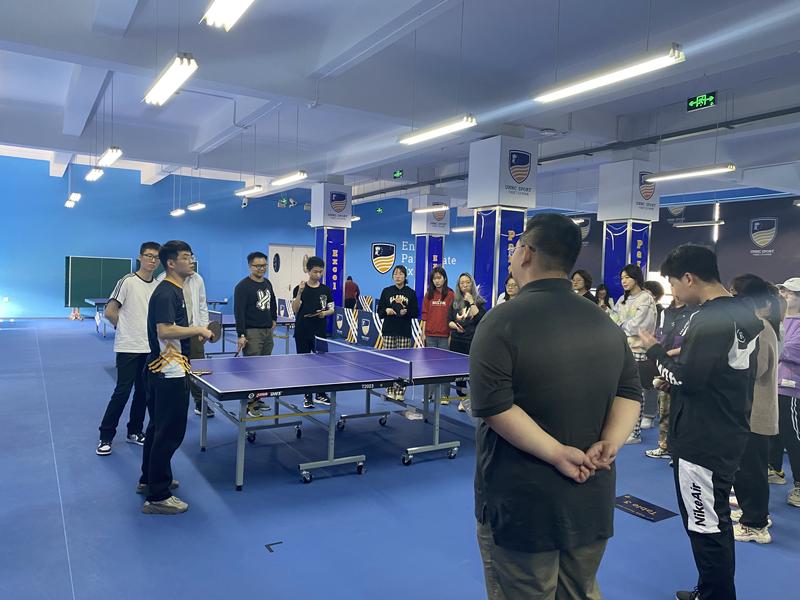 Zhao (second from left, with a table tennis paddle in hand) gives a lesson to students at the University of Nottingham Ningbo China in Zhejiang province in March. (PHOTO PROVIDED TO CHINA DAILY)

That motivated him to devote more time to practicing, with training that was targeted to rectify his shortcomings.

While training takes up the lion's share of Zhao's time, he also does a lot of reading.

"Life is a process of constant learning, and textbook knowledge is as important as professional training," he says.

After less than three years of hard work following the setback in Jordan, at the 2012 Paralympics in London, Zhao stood on the highest part of the podium as a gold medal was placed around his neck after winning the C8 singles table tennis final.

"A good mentality is very important. At that time, I thought being able to attend the Games was good enough and didn't expect gold. For me, enjoying playing is more important than winning."

He enrolled in Beijing Sport University in 2015, and he says the college experience added color to his routine training and competitive life.

"I got to meet new friends and attend different club activities, which are all new experiences for me."

In 2016, at the Paralympics in Rio de Janeiro, Brazil, Zhao successfully defended his title, winning another gold medal, citing scientific, well measured training as being critical to the effort.

"As athletes age, the quality of training is more important than quantity," he explains.

In March, Zhao was offered a position as a physical education teacher at the University of Nottingham Ningbo China in Zhejiang province, where he teaches table tennis to first-year and second-year students.

"I have always wanted to be a teacher and a coach. As a teacher, I want to inspire a passion in sports, and as a coach, I want to train more world champions."

He is also keen to see those with disabilities engage in society more confidently, as he has, he says.

With the delayed 2020 Tokyo Games just around the corner, Zhao is due to take part in training in Zhengding later this month.

"I'm really excited about Tokyo. Though I have two gold medals as an individual, I'm keen to be part of a team that wins gold, and I hope I can realize that dream in Japan."