White Horse legend gallops into the present on talent show 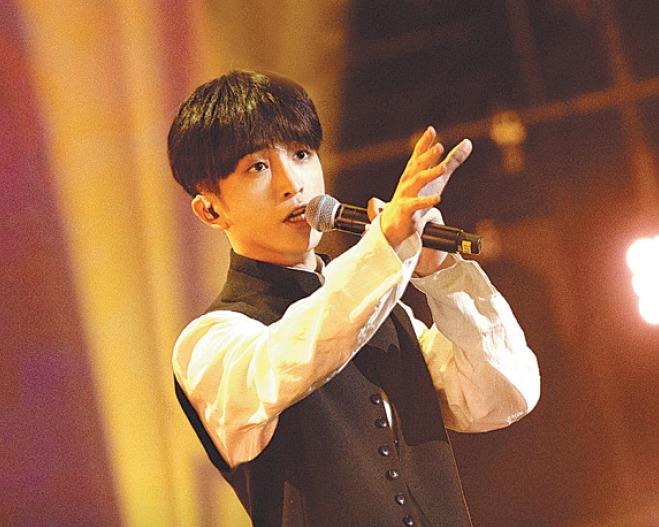 Huang Zihongfan, a US-educated singer, sings The Song of the White Horse and performs in a musical piece about a time-traveling mammoth on the variety show Bravo Youngsters. (PHOTO PROVIDED TO CHINA DAILY)

Ancient legends can enjoy another lease of life, and reach new generations, when their tales are adapted for a modern audience. The Song of the White Horse exemplifies how true this is. The classic poem was written more than 1,800 years ago by Cao Zhi, the son of Cao Cao, a powerful warlord during the Three Kingdoms (220-280) period. It vividly depicts a fearless warrior vowing to sacrifice everything for his country and save it from the ravages of invaders.

On April 30, the masterpiece got a new musical rendering in the finale of the popular variety show Bravo Youngsters, a 10-episode program which aired on multiple platforms, including several channels of China Central Television. More than 190 musical works were performed on the show.

As one of 35 young contestants selected from around 50,000 candidates from home and overseas, Huang Zihongfan, a 22-year-old student of Berklee College of Music in the United States, employed Western techniques to sing the poem.

With a giant electronic screen installed on the stage to display a video clip featuring troops on horseback, Huang's rendering took audiences, and jurors, back to an era of war-torn turbulence. It earned him a winning score, propelling him into one of the five berths of a new music group formed by the show's top performers, which will be promoted with the help of the show's producer, and the country's largest broadcaster, China Media Group.

A native of Lanzhou, Northwest China's Gansu province, Huang left his hometown with his musically inclined family at the age of 9 when they relocated to Chengdu, Sichuan province.

Growing up in a city that houses a giant panda research base, Huang soon developed a curiosity about the relationship between nature and humankind, as well as a deep appreciation of the importance of protecting endangered animals.

Before he offered an interpretation of The Song of the White Horse, Huang, along with three other contestants, performed a science fiction-themed musical piece about a mammoth traveling in a time machine to a futuristic world, managing to escape being hunted by early humans and avoiding the extinction of its species.

Huang Zihongfan, a US-educated singer, sings The Song of the White Horse and performs in a musical piece about a time-traveling mammoth on the variety show Bravo Youngsters. (PHOTO PROVIDED TO CHINA DAILY)

Of course, in reality, these woolly creatures became extinct, due largely, scientists believe, to a warming climate and hunting. Huang says the piece－a remake of singer Huo Zun's The Time Travel of a Mammoth－marks his hope that people in the 21st century will pay greater attention to biological diversity than in previous eras.

But the show's top draw for Huang－who, in a twist of fate, took part after a friend's suggestion－is that the program encourages young talent to incorporate their imagination and professional skill to redefine classical music and traditional operas.

"Many young people commonly think of classical music as boring and outdated, and they are reluctant to study and practice classical works," says Huang."The show may change their minds with these fresh and creative remakes."

Echoing Huang's words, Liu Feng, another of the five winners, says the show caters to the changing preferences of youngsters, who are becoming more interested in creating artistic productions that blend ancient Chinese culture with trendy, fashionable elements.

A student at the National Academy of Chinese Theatre Arts, Liu excels in playing the sanxian, a Chinese instrument which has three strings. In his musical performance, Liu plays a swordsman who uses the instrument as a weapon.

Zhou Cong, the program's chief director, says most of the more than 30 contestants are top students from conservatories, music majors from universities or promising musicians from State-level troupes and are all younger than 26.

Zhou says that the crew's early research found that the love and pride of young audiences for their country and their ethnic culture have reached a new high in recent years, coinciding with China's rise as a global economic powerhouse. He adds that he hopes the show will reach more young people to help them recognize the charm of traditional culture.