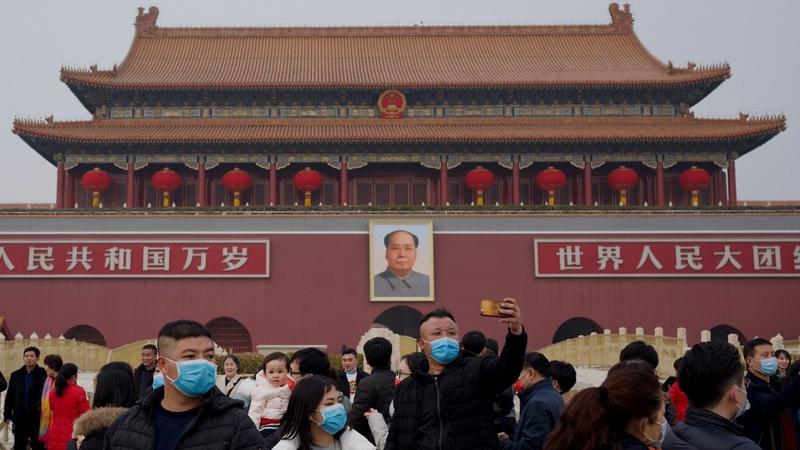 BEIJING - A Chinese spokesperson on Thursday said any attempt to meddle in China's internal affairs, undermine China's sovereignty, or tarnish China's image under various excuses is doomed to fail. It was in response to a recent statement by the foreign ministers of the Group of Seven (G7) concerning China.

The joint statement was issued by the G7 foreign ministers' meeting Wednesday. It expressed concerns over Xinjiang, Tibet, Hong Kong, and situations in the East China Sea and the South China Sea. It also voiced support for Taiwan to participate in the World Health Assembly.

In response, Foreign Ministry spokesperson Wang Wenbin said at a daily press briefing the G7 meeting made groundless accusations against China. They openly meddled in China's internal affairs and resorted to bloc politics that turned back the wheels of history, said Wang.

"This constitutes a gross interference in China's national sovereignty and wanton destruction of the norms governing international relations, which goes against the trend of peace, development, and cooperation for win-win results," said Wang, adding China condemns such practice.

Issues related to Xinjiang, Tibet, and Hong Kong are all China's internal affairs, Wang noted. He added that China enjoys sufficient factual and legal basis for sovereignty and rights claimed in the Diaoyu and affiliated islands, the South China Sea islands, and the adjacent waters.

He also said Taiwan's participation in international organizations must be dealt with under the one-China principle.

As a group composed of developed countries, Wang said the G7 should contribute more to helping developing countries accelerate their development rather than drive conflicts and divergences to disrupt the process of global economic recovery.

As the G7 includes the countries hit hardest by COVID-19 and those with the most advanced medical technologies, the spokesperson said they should focus on international cooperation on anti-pandemic responses. They should also focus on the equitable distribution of vaccines instead of hoarding vaccines, and stop accusing other countries, interfering in their affairs, and disrupting the top priority of international cooperation on pandemic responses.

"We urge relevant countries to face their own problems, rectify their selfish behavior over pandemic responses, and stop abusing the concept of national security," Wang said. He added any attempt to meddle in China's internal affairs, undermine China's sovereignty, or tarnish China's image in disregard of basic norms of international relations is doomed to fail.