US advised to be humble and listen on climate 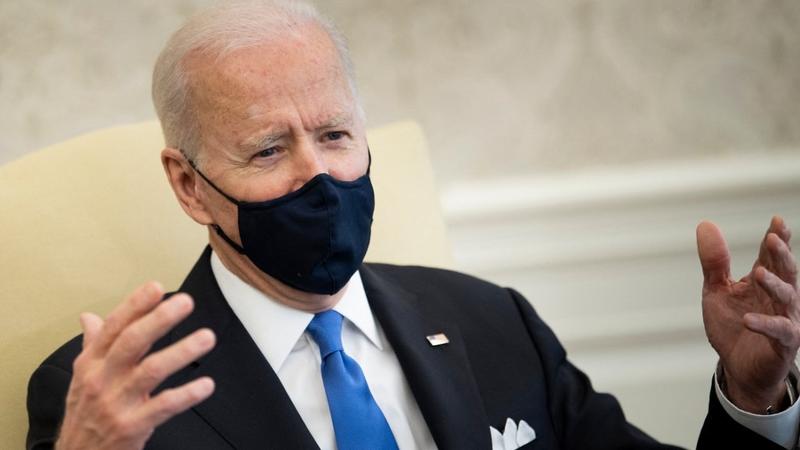 US President Joe Biden speaks to the press before a meeting in the Oval Office with lawmakers in the White House on March 3, 2021, in Washington, DC. (BRENDAN SMIALOWSKI / AFP)

The United States needs to "be humble and listen" in collaborating with other countries, particularly China, to advance its ambitious climate agenda, a conference has heard.

The US has committed to cutting its greenhouse gas emissions by 50-52 percent from 2005 levels by 2030. US President Joe Biden said at a recent virtual climate summit that the US "is once again stepping into a leadership role" and pledged to cooperate with other nations to decarbonize key industries.

But Jerry Brown, a former California governor and chair of the California-China Climate Institute, said that for the US to cooperate with China on climate issues, it should "stop criminalizing the dialogue "and "start honest dialogue".

There is "a dearth of communication at many different levels "between the two countries, Brown said at the conference on US-China relations last week.

"There is a mood in Washington that I would call Manichaean," he warned. "It means the world is composed of two forces－the good and the bad, the dark and the light. We are light, they are dark, and therefore, collaboration doesn't make sense. Hostility, strategic competition, building up walls－that's where America is going."

The US should "wake up" from the depiction of China as "the principal adversary" and the accusation of "genocide" in Xinjiang－"the most recent salvo fired from our secretary of state", said Brown.

It's really important to be humble and recognize the United States is not a foregone conclusion that they can just decide ... to be a global hegemon again to lead climate efforts...

Angel Hsu, an assistant professor of public policy and the environment at the University of North Carolina, Chapel Hill

Angel Hsu, an environmental policy expert, offered this advice to US climate envoy John Kerry: "Be humble and listen".

"It's really important to be humble and recognize the United States is not a foregone conclusion that they can just decide, between a quick shift in administration, to be a global hegemon again to lead climate efforts and assume that everyone will want the US to assume that leadership role," said Hsu, an assistant professor of public policy and the environment at the University of North Carolina, Chapel Hill.

She added: "If he (Kerry) sits down and hears the concerns of other countries and also tries to learn from what everyone has done over the last four years", it could help restore trust and faith that the United States is committed to a framework that will have lasting power.

READ MORE: UN chief: US must cut emissions by 50% to spur global action

Jonas Nahm, an assistant professor of energy, resources and environment at the Johns Hopkins School of Advanced International Studies, is concerned that the US approach might complicate its engagement with China on climate issues.

"Historically, we've used the climate relationship with China for things that were not really related to climate. We've used it as leverage," he said.

For instance, the "trade war" with China was not really about renewable energy or about solar, he said. The administration of Donald Trump didn't care about solar. "But solar is a very salient industry. That gives you a lot of public attention," Nahm said.

To collaborate with other nations on climate efforts, the Biden administration should "try to isolate the climate relationship as much as possible", he said, otherwise it would "detract from the problems in climate that we need to solve".