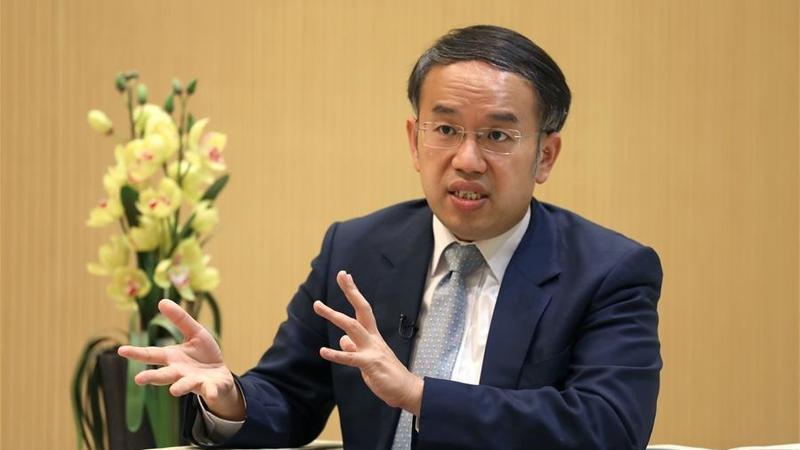 HONG KONG - Hong Kong's Secretary for Financial Services and the Treasury Christopher Hui Ching-yu said on Wednesday that the coverage of the city's planned electronic consumption vouchers will be as extensive as possible but they cannot be used for payments to the government and public organizations.

Replying to a query at the Legislative Council, Hui said that, under the Consumption Voucher Scheme’s current design, the electronic vouchers will cover transactions for various local merchants in the retail, food and beverage and services sectors.

Electronic consumption vouchers with a total value of HK$5,000 will be disbursed by instalments to eligible Hong Kong permanent residents and new arrivals aged 18 or above

“The Consumption Voucher Scheme aims to stimulate consumer sentiment...so as to boost local consumption to the fullest extent and accelerate economic recovery through the multiplier effect,” Hui said.

Financial Secretary Paul Chan Mo-po earlier said that electronic consumption vouchers with a total value of HK$5,000 will be disbursed by instalments to eligible Hong Kong permanent residents and new arrivals aged 18 or above.

It is estimated that there are around 7.2 million eligible persons, involving a financial commitment of about HK$36 billion.

But taking into consideration the program’s intent, the vouchers will in principle not be usable for payments to the government and public organizations or public utilities, spending on public transport covered by the Public Transport Fare Subsidy Scheme, purchases of financial products, overseas consumption, person-to-person payments and encashment, Hui said.

He added that the government was discussing with operators of the four stored value facilities (SVF) selected to participate in the program on the practical means to prevent the use of the vouchers on payments other than for local consumption.

Hui said that the government was working out the program’s implementation details, including its disbursement arrangement.

He emphasized that the government will carefully consider the different views expressed by the public with regard to the number of installments, restrictions on usage and scope of use.

The government will strive to strike the best balance among various needs and provide flexibility to facilitate public use of the vouchers to stimulate local consumption, Hui said.

Since the government announced the list of selected SVFs participating in the scheme on April 11, the operators indicated that the number of enquiries from merchants has increased several times, showing that their interest in installing electronic payment facilities has increased significantly, he added.