Blinken: US not in new cold war with China 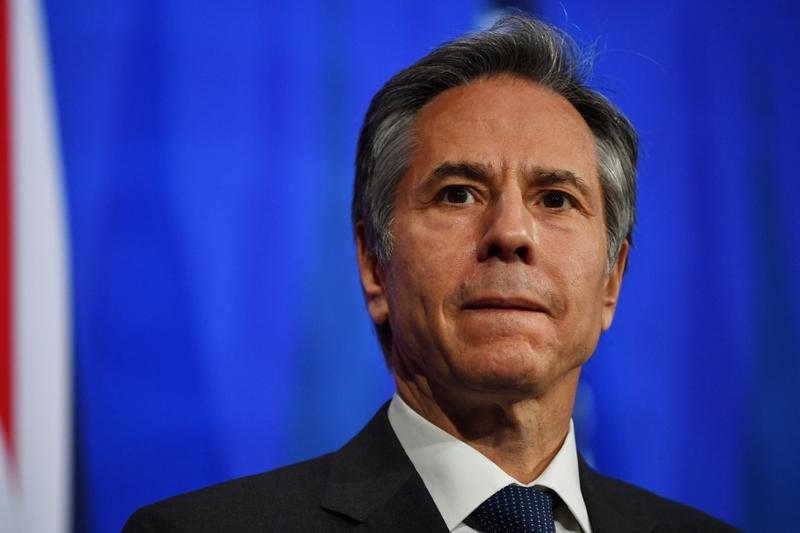 US Secretary of State Antony Blinken attends a press conference with Britain's Foreign Secretary Dominic Raab following their bilateral meeting in London on May 3, 2021, during the G7 foreign ministers meeting. (PHOTO / AFP)

US Secretary of State Antony Blinken has rejected claims that Washington is entering a new cold war with Beijing, days after former veteran diplomat Henry Kissinger warned that failure to resolve US-China tensions may cause that scenario to develop between the two powers.

"I resist putting labels on most relationships, including this one, because it's complex," Blinken said on Tuesday when he was asked if he would describe the current situation in US-China relations as a new cold war.

Kissinger said the US "must be in constant dialogue with China" and make clear what the red lines are, while at the same time negotiate "avoidable conflicts and where possible, cooperative efforts"

"And when I look at the relationship, I see adversarial aspects. I see competitive aspects. I see cooperative aspects — all three," he said in an interview with the Financial Times in London, according to transcripts released by the State Department.

Blinken continued to say that whatever the aspect, the US has to be able to engage China from "a position of strength", "actually working with allies and partners", "leaning in and engaging in the vast array of multilateral and international organizations" and "investing in ourselves".

Beijing has rejected Washington's assumption of a "position of strength" in its approach to China.

READ MORE: Kissinger: US should remain open to coexistence with China

Speaking to Blinken in their first face-to-face meeting in Alaska on March 18, China's top diplomat Yang Jiechi said, "In front of the Chinese side, the United States does not have the qualification to say that it wants to speak to China from a position of strength.

"The US side was not even qualified to say such things even 20 years or 30 years back, because this is not the way to deal with the Chinese people," Yang said.

Speaking on Tuesday, Blinken also said the US recognized that countries have complicated ties and it would not force them to take sides.

"We're not asking countries to choose. We recognize that countries have complicated relationships, including with China, including economic relationships. And the issue is not that those need to be cut off or ended," he said.

The relationship between the world's top two economies has plunged to the lowest point over the past few years, and three months into the Biden administration, their relations have yet to improve as President Joe Biden has largely continued many of his predecessor's confrontational policies toward China though he also has sought de-escalation.

"Because if we can't solve that, then the risk is that all over the world a kind of cold war will develop between China and the United States," the 97-year-old former US secretary of state said at the McCain Institute's Sedona Forum on global issues on Friday.

Kissinger said that countries have developed technology that is beyond what anybody imagined even 70 years ago.

"And now, to the nuclear issue is added the high-tech issue, which in the field of artificial intelligence, in its essence is based on the fact that man becomes a partner of machines and that machines can develop their own judgment," he said.

"For the first time in human history, humanity has the capacity to extinguish itself in a finite period of time," Kissinger said.

Kissinger said the US "must be in constant dialogue with China" and make clear what the red lines are, while at the same time negotiate "avoidable conflicts and where possible, cooperative efforts".

"This is the complex task we have. Nobody has yet succeeded doing it completely," he said. "But that is the essence of the relationship, that's the challenge the administration now has."