US and South Korea reaffirm their alliance at London meeting 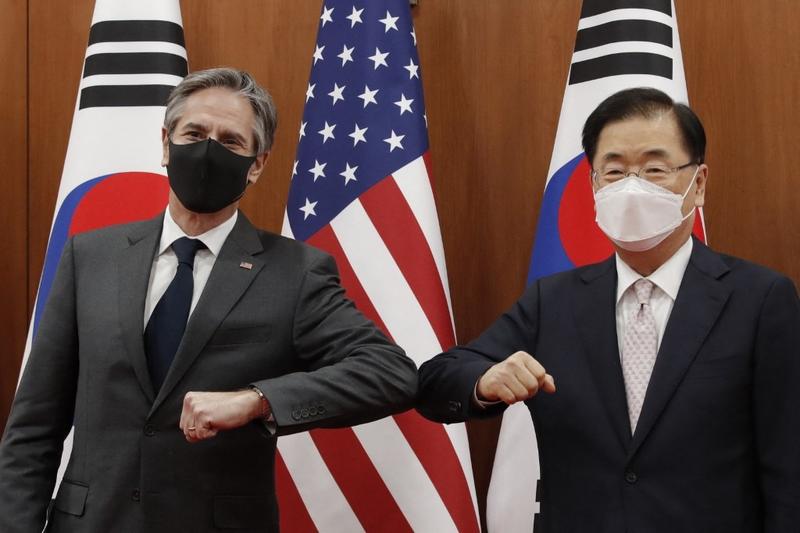 In this March 17, 2021 photo, US Secretary of State Antony Blinken (left) and South Korean Foreign Minister Chung Eui-yong (right) pose for photos before their meeting at the Foreign Ministry in Seoul. (LEE JIN-MAN / POOL / AFP)

LONDON - The United States and South Korea on Monday reaffirmed their alliance and its role in Indo-Pacific security, a US spokesman said after a meeting in London between US Secretary of State Antony Blinken and South Korea’s Chung Eui-Yong.

“Secretary Blinken and Foreign Minister Chung reaffirmed that the US-ROK (South Korea) Alliance is the linchpin of peace, security, and prosperity in the Indo-Pacific region and the world,” said spokesman Ned Price, according to a pool report.

Both parties are in London for G7 foreign ministers’ talks. South Korea is attending the event as a guest of host nation Britain.