HK's economy bounces back in Q1 on strong exports growth 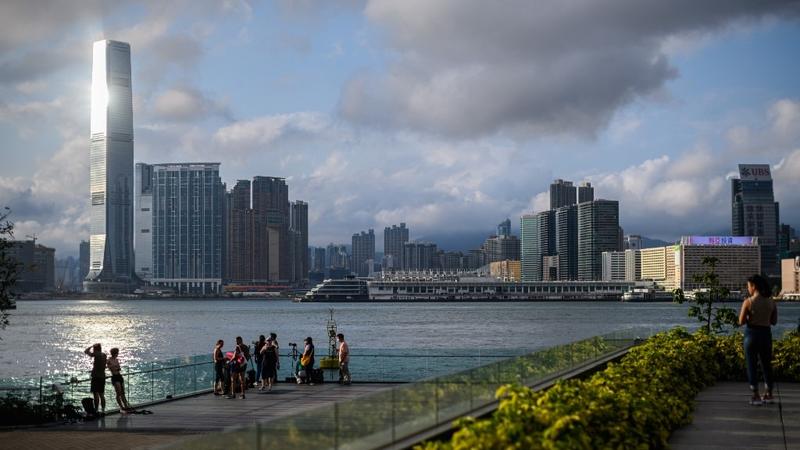 People gather to watch the sunset as they stand on a viewing platform in Tamar Park overlooking Victoria Harbour and the Kowloon skyline in Hong Kong on May 5, 2020. (ANTHONY WALLACE / AFP)

The city’s GDP jumped 7.8 percent in real terms in the first quarter over a year earlier, compared with a decrease of 2.8 percent in the fourth quarter of 2020, according to advance estimates from the Census and Statistics Department on Monday.

This ended a six-quarter streak of year-on-year contractions for the city’s economy, which slumped at a record 6.1 percent in 2020.

The turnaround was buoyed by the strong performance of external trade during the quarter amid the global economic recovery and the low base of comparison for 2020.

On a seasonally adjusted quarter-to-quarter comparison basis, the GDP increased 5.3 percent in real terms in the period compared with the fourth quarter of 2020. The revised figures on the GDP and the revised GDP forecast for 2021 will be released on May 14.

Among various GDP components, private consumption expenditures increased 1.6 percent in the period from a year ago, compared with the 6.9 percent decline in the fourth quarter of 2020. 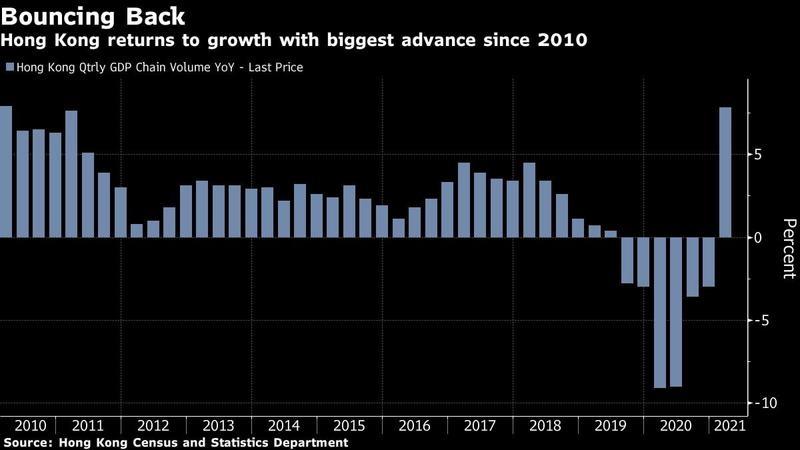 However, the economic recovery was uneven, and overall economic activity was still below the pre-recession level, as the pandemic and social distancing requirements continued to weigh on certain economic segments, particularly those involving consumer-facing activities. Moreover, tourism remained in the doldrums.

“The global economic recovery led by the mainland and the United States should bode well for Hong Kong’s exports of goods in the near term. Exports of services should likewise improve, though the revival of tourism-related activities will likely be slow in view of the still austere pandemic situation in many places around the world,” the government spokesman said. “Other risk factors such as China-US relations and geopolitical tensions also warrant attention.”

Key economic indicators have turned more positive recently. Exports surged above HK$400 billion (US$51.5 billion) for the first time ever in March while unemployment dropped the most since 2003 in the month, easing back from a 17-year high. Retail sales by value jumped 30 percent in February, the first increase in that measure since January 2019. 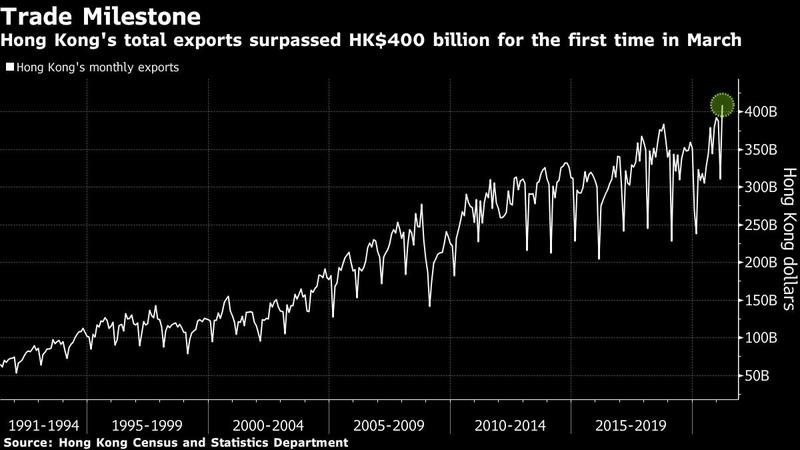 "The vibrant increases of Hong Kong's imports and exports are mainly due to the success of the Chinese mainland in controlling the epidemic and the following rapid economic revival there," Yang Yuchuan, a professor with the Hong Kong Financial Services Institute, said, adding that the rising demand in the United States and European countries for mainland goods also underpinned Hong Kong's advantage in transit trade.

OCBC Wing Hang Bank, the local banking arm of Singaporean lender OCBC Bank, said it expects that theHong Kong economy will rebound 4.1 percent on assumption that borders will reopen in the second half of this year.

“A strong economic recovery looks unlikely until the second half of this year as some hardest-hit sectors like tourism and aviation may only regain traction when the border reopens, but Hong Kong’s vaccine rollout still lags behind the developed countries,” said Carie Li Ruofan, an economist at the bank.

Singaporean lender United Overseas bank is expecting Hong Kong’s full-year GDP to grow 5 percent in 2021. The forecast points to more people being vaccinated against COVID-19, improvements in global consumption demand, and the passing of fiscal measures in Hong Kong.

As well as reinforcing the city's role as an international finance center, the 14th Five-Year Plan provides Hong Kong with expanded international roles in areas such as technology innovation and culture exchange centers, as well as strengthening its competitive advantage as a hub of professional and financial services, he said.