Deadly attacks surge as US troops prepare to leave Afghanistan 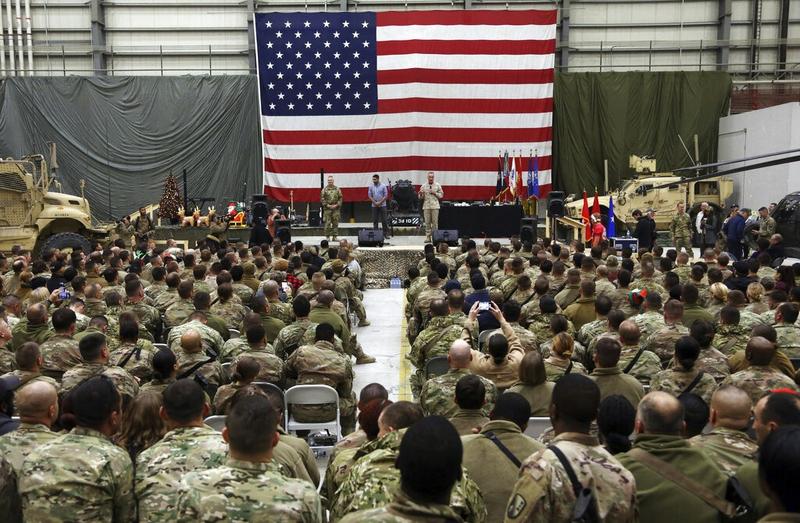 In this file photo dated Dec 24, 2017, Gen Joseph Dunford, chairman of the Joint Chiefs of Staff, speaks during a ceremony on Christmas Eve at a US airfield in Bagram, north of Kabul, Afghanistan. (RAHMAT GUL, FILE / AP)

Violence surged in war-torn Afghanistan in the first quarter of the year as US forces prepared to leave the country after two decades.

Attacks by the Taliban and other militant groups surged 37 percent in the first quarter from a year earlier, according to a report that cited both US forces and the United Nations. As many as 643 people were killed and 1,395 injured, the US forces reported, while the UN recorded 572 deaths, according to a report by Special Inspector General for Afghanistan Reconstruction, or SIGAR, a Pentagon watchdog.

The US withdrawal “would leave the Afghan security forces without vital support, especially for its air force, which relies on contractors to maintain its planes and helicopters,” a report by a Pentagon watchdog cited General Austin Scott Miller, commander of US and allied forces in Afghanistan, as saying

US President Joe Biden’s decision to withdraw troops by Sept 11 will remove military support to Afghanistan’s government and strengthen Taliban militants just as the nation’s President Ashraf Ghani struggles with a food security crisis that’s affected nearly 17 million people, or about half of its population.

The US withdrawal “would leave the Afghan security forces without vital support, especially for its air force, which relies on contractors to maintain its planes and helicopters,” the report cited General Austin Scott Miller, commander of US and allied forces in Afghanistan, as saying.

As many as 5.5 million people are in dire need of food, the second highest in the world, according to the report, which cited the International Organization for Migration.

Meanwhile, peace talks with the Taliban militants have stalled. The US plans to complete the final withdrawal of the remaining 2,500 troops from the country by Sept 11. NATO’s 7,000 troops who train and advise Afghan forces will also follow the US.