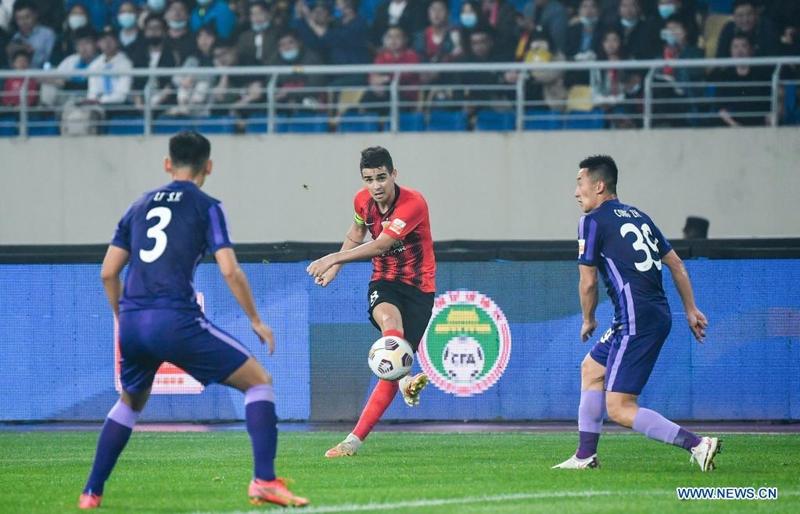 Another Brazilian forward, Erik Nascimento de Lima, added a goal in the 61st minute, after his fellow player Junior Negao hit an accurate cross. The shot was first denied by Dalian Pro's goalkeeper, but Erik seized the second chance to knock in the rebound.

Dalian Pro earned a penalty in the 91st minute after Tao Qianglong hit a cross at the arm of Sun Jie of CC Yatai FC, and Marcus Danielsson converted the penalty and claimed a point though a rapid low drive.

"I'm not satisfied with the performances of our players in the last minutes. We cannot lose our momentum throughout the game," said CC Yatai FC head coach Chen Yang at the post-game press conference.

Arnautovic led his team to batter Tianjin JMT FC with a header in the 26th minute, a push in the 48th minute and a volley in the box in the 57th minute.

Tianjin JMT FC finally got their chance to save some face at the injury time, as Jules Iloki slotted the goal into the net in the box in the 94th minute.