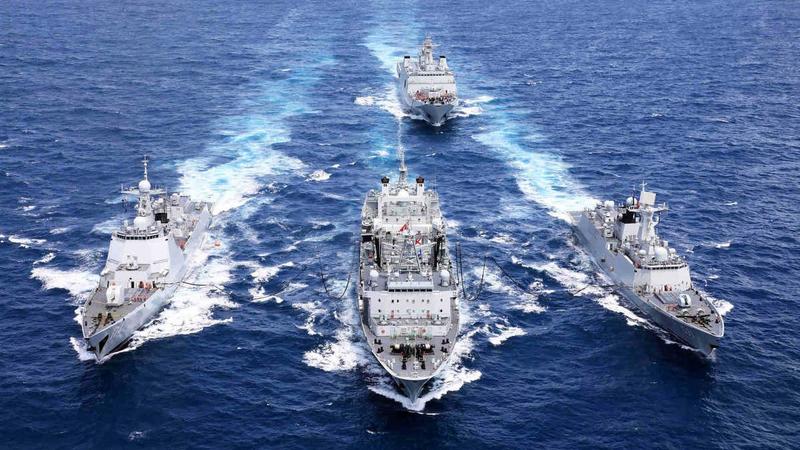 The People's Liberation Army Navy, which will celebrate its 72nd birthday on Friday, has made tremendous strides over the past several years in transforming itself into a world-class force under the guidance and instructions from President Xi Jinping.

Long-range operations and live-fire exercises have become regular parts of the Navy's annual training schedule, which is focused on combat readiness and capabilities, while combat exercises and joint operations drills have been given top priority on the Navy's agenda.

The carrier battle groups have gained initial fighting capability, meaning they are always ready for action. Also, the transformation of the naval aviation force has been proceeding well, amphibious assault units have been substantially strengthened and the overseas base in Djibouti is gradually establishing operational support capacity, according to the Navy's top commanders.

The changes the PLA Navy has made and the accomplishments it has obtained over the past several years were historic and remarkable, and the Navy is much stronger than before, commanders said

The changes the Navy has made and the accomplishments it has obtained over the past several years were historic and remarkable, and the Navy is much stronger than before, commanders said.

They said that behind these achievements were the guidance and instructions from Xi, who is also general secretary of the Communist Party of China Central Committee and chairman of the Central Military Commission.

Xi has repeatedly stressed that a strong nation must be one that cares about the oceans and that a modern, powerful navy is an important sign of a top-tier military.

The PLA Navy was founded on April 23, 1949, in the township of Baimamiao, Jiangsu province. In 1989, the date was designated as the Navy's founding day.

The service had long been constrained within China's coastal waters, mainly by the lack of modern hardware. But in recent years, the country's economic prosperity has allowed the government to substantially raise its investment in its military.

Lieutenant Commander Jiao Yunqiang, chief of combat operations on one of the Navy's best submarines, said that thanks to Xi's emphasis on combat training and the Navy's modernization endeavors, his submarine now spends a much longer time in deep ocean areas for patrols and training and has been equipped with many new weapons in recent years.

"For example, in the past we only had torpedoes, but now we have commissioned cutting-edge cruise missiles that enable us to launch long-range strikes and also improve our safety," Jiao said. "I can proudly say that I have fired all of the Navy's submarine-based weapons."

Having new weapons does not necessarily translate into stronger capability, Jiao said, adding that all crew members understand that stringent training and drills are the ultimate key to invincibility.

"New personnel on the submarine, no matter whether they are officers or sailors, are required to learn and personally check layouts and detailed arrangements of their equipment so they are very familiar with the devices," he said. "We also use sophisticated ground-based simulation instruments to train our crew members."

In combat exercises organized by the Navy, Jiao's submarine challenges warships and aircraft, and their confrontations were intense."Such war games are very similar to real combat. All of the involved units try their best to defeat others, which consequently will improve our crew members' skills and experience," Jiao added. 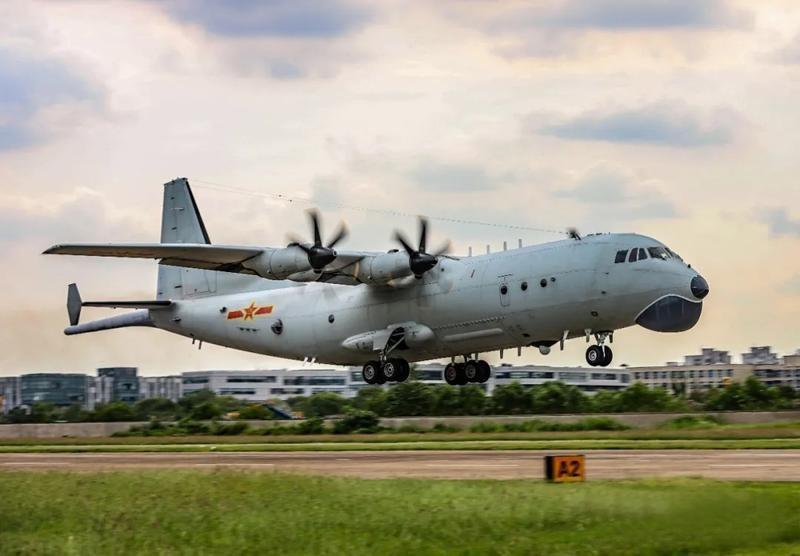 The Navy's aviation forces have also grown much stronger as a lot of modern aircraft have been delivered to frontline units. The upgraded arsenal is spurring pilots and equipment operators to race against time to familiarize themselves with the advanced hardware to become operationally ready as soon as possible.

Captain Liu Zhihua, commander of an aviation regiment under the South Sea Fleet, said his unit is the first in the Navy to use a new type of domestically developed anti-submarine plane, which means that it must expend a lot of time and energy to explore the new aircraft and its tactics.

Over the past years, the Navy has been paying increased attention to establishing a comprehensive anti-submarine warfare system, so now we are equipped with this advanced aircraft (an anti-submarine plane).

"Before the commissioning of the new fixed-wing plane, the Navy relied on surface vessels, submarines and ship-based helicopters to conduct anti-submarine warfare operations. That hardware is restricted to some extent by its speed when responding to threats from hostile submarines," Liu said.

"Over the past years, the Navy has been paying increased attention to establishing a comprehensive anti-submarine warfare system, so now we are equipped with this advanced aircraft."

Compared with most planes Liu has flown, the new aircraft has a better airframe, engine, internal arrangement and flight-control systems, making it easier for pilots to use it."It is a symbol of the power of science and technology in the military," he said.

The aircraft's deployment has extensively boosted the Navy's anti-submarine capability because the fixed-wing plane features faster speeds, higher efficiency and lower odds of being detected when it comes to searching for and attacking submarines, according to the regiment's leader.

He said his aviators often carry out training and exercises with other forces of the Navy such as surface combat and submarine units so they can have an interchange of experience, verify tactics and foster coordination and cooperation.

"Through joint drills with our submarines, we can obtain more knowledge about submarines' tactics, patterns and characteristics, and this know-how will help us improve our skills," Liu said. "Similarly, submarine commanders can improve their maneuvers in dealing with aircraft through exercises with us."

The regiment commander said during combat exercises, an advanced submarine would operate with tactics and patterns of submarine forces of the PLA Navy's potential adversaries to create realistic confrontational scenarios.

Lieutenant Commander Yu Yang, a veteran pilot of the regiment and leader of a crew team, said his team members have made full use of every training and patrol opportunity to hone their skills and explore the new plane's capabilities.

Compared with many other naval aviation units, Yu said aviators of his regiment spend less time becoming qualified to pilot the new aircraft.

"This is not because they are smarter than their peers at other units, but because we are facing a rapidly rising number of tasks that they need to undertake, so they are motivated by a shared desire to learn more as fast as possible. All of us wish to become a reliable, capable force for anti-submarine operations," he said.

According to Liu, his regiment has helped other naval aviation units train some pilots to operate the new anti-submarine plane.