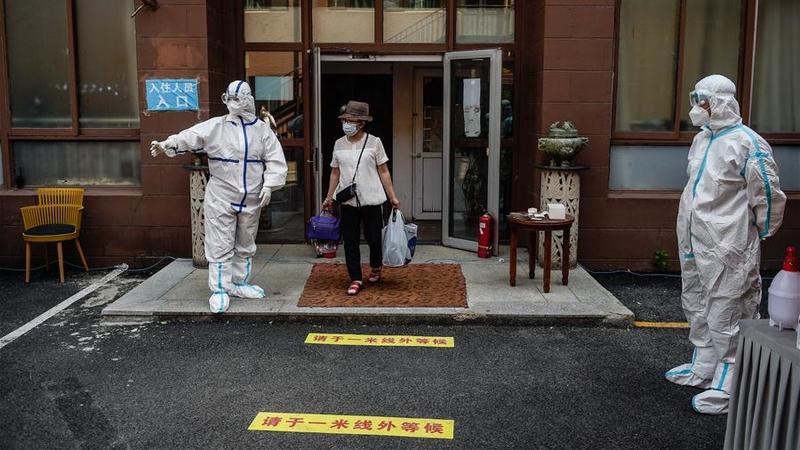 A woman who has finished her quarantine leaves a designated quarantine site in Beijing, capital of China, July 7, 2020. (PENG ZIYANG / XINHUA)

All the three imported cases were reported in Shanghai municipality, it added

All the three cases were reported in Shanghai municipality. There were no locally transmitted cases reported, it added.

The commission also said 26 COVID-19 patients were discharged from hospitals after recovery on the Chinese mainland as of Monday.

There were 297 patients still being treated, including three in severe condition, the commission said.

As of Monday, the commission said a total of 83,605 confirmed COVID-19 cases had been reported on the mainland, among whom 4,634 died of the disease.

No new suspected cases or deaths related to the disease were reported Monday, it added.