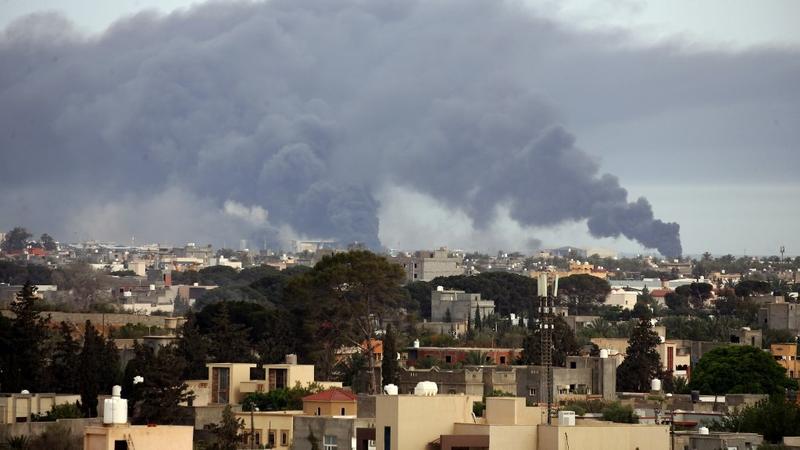 In this file photo, smoke fumes rise above buildings in the Libyan capital Tripoli, during reported shelling by strongman Khalifa Haftar's forces, on May 9, 2020. (MAHMUD TURKIA / AFP)

TRIPOLI - The eastern-based army of Libya on Monday said that it had taken control of al-Asaba city, some 120 km west of the capital Tripoli, from the forces of the rival United Nations-backed government.

"The Libyan Arab Armed Forces have expelled the militia (UN-backed government forces) from the city of al-Asaba," the eastern-based army's information office said in a statement.

"They (UN-backed government's forces) couldn't resist, leaving behind them weapons and equipment, and a number of dead bodies. Two militia members have been captured," it added.

Meanwhile, the UN-backed government forces said that they launched airstrikes on the eastern-based army near al-Asaba, destroying a number of military vehicles.

A deadly war has been going on for more than a year between the eastern-based army and the UN-backed government over control of Tripoli, killing and injuring hundreds of civilians and displacing more than 150,000 others.

Libya has been suffering escalating violence and political instability ever since the fall of its late leader Muammar Gaddafi in 2011.