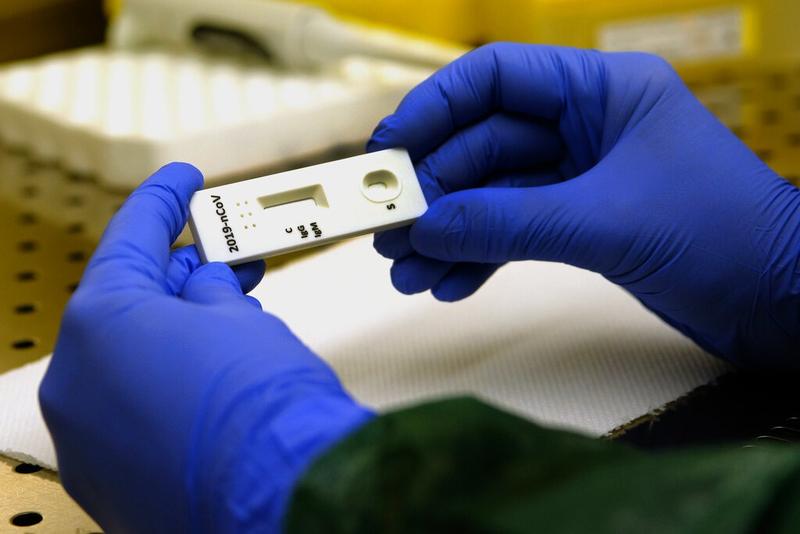 Scientists, governments and the World Health Organization have rebutted the notion that the novel coronavirus that causes COVID-19 originated in a Wuhan lab.

The WHO said on Tuesday that all available evidence suggests the novel coronavirus originated in animals and was not manipulated or produced in a laboratory.

All available evidence suggests the virus has an animal origin and is not manipulated or constructed in a lab or somewhere else.

"All available evidence suggests the virus has an animal origin and is not manipulated or constructed in a lab or somewhere else," WHO spokeswoman Fadela Chaib said at a Geneva news briefing, according to Reuters.

"It is probable, likely, that the virus is of animal origin," she said.

Chaib said that it was not clear how the virus jumped the species barrier to humans but there had "certainly" been an intermediate animal host.

"It most likely has its ecological reservoir in bats but how the virus came from bats to humans is still to be seen and discovered," she said.

Her views were echoed by Takeshi Kasai, WHO regional director for the Western Pacific, who warned against speculation.

"I think at this stage it's not possible to determine the precise source, but available evidence suggests that it has an origin from animals," Kasai said at a virtual news conference on Tuesday.

Dennis Carroll, a renowned US infectious disease expert and former director of the US Agency for International Development's Emerging Threats Division, dismissed on Tuesday the belief that the virus came from a lab.

"Everything, everything points to this being not only a natural virus, but its introduction into the human population was not by way of a laboratory," he told CNN's Christiane Amanpour.

Carroll, who is now chairman of Global Virome Project, a scientific initiative to discover unknown zoonotic viral threats and stop future pandemics, said there were two potential routes for the COVID-19 virus to make its way from its natural reservoir into the human population.

Carroll said that one could be that a pangolin, a type of anteater, was infected by a bat, and that the pangolin was brought into a wildlife market. Exposure in that market could have led to a spillover of the virus into humans.

He explained that this was similar to SARS in 2002, when a civet acted as an intermediary, moving a bat virus into the human population.

Carroll said bats can also directly infect people by depositing their feces in areas where people might be exposed. "You can get the virus directly from that exposure as well," he said.

"We are not sure which route was taken. But we are clear that this is a natural virus and that the way it moved into the human population was through a natural route," he said.

He said that he would "agree absolutely" that the virus did not come from a lab and was not developed as a biological weapon.

"There has been some very good, deep genetic work looking at this particular virus. And it has the genetic signatures of a natural virus, nothing man-made about it," Carroll said.

French officials said on Friday that there is no evidence of a link between the virus and the work of a virology lab in Wuhan.

"We would like to make it clear that there is to this day no factual evidence corroborating the information recently circulating in the United States press that establishes a link between the origins of COVID-19 and the work of the P4 laboratory of Wuhan, China," an unnamed official at President Emmanuel Macron's office said, according to television network France 24. P4 stands for Class 4 pathogens, or dangerous viruses that pose a high risk of person-to-person transmission.

Anthony Fauci, director of the US National Institute of Allergy and Infectious Diseases and a member of the White House Coronavirus Task Force, also rejected the theory that the virus was created in and escaped from a Chinese lab.

"There was a study recently that we can make available to you, where a group of highly qualified evolutionary virologists looked at the sequences there and the sequences in bats as they evolve. And the mutations that it took to get to the point where it is now is totally consistent with a jump of a species from an animal to a human," Fauci said at a daily briefing on Friday.