The reason why coronavirus is less deadly in Germany 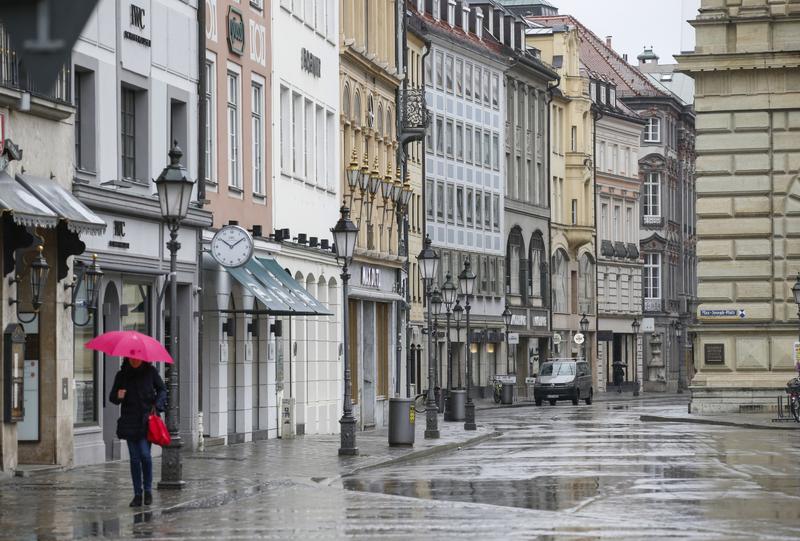 A lone pedestrian shelters from the rain under an umbrella on an empty street in Munich, Germany, on March 21. (BLOOMBERG)

As the coronavirus death toll surges across much of Europe, one country remains an anomaly.

Despite more than 25,000 infections, the fifth-most in the world, Germany’s mortality rate is only 0.4 percent, according to data compiled by Bloomberg from state health authorities. At the virus’s epicenter in Italy, by contrast, some 9.5 percent of people confirmed to have the infection have died.

There may be many reasons for the disparity, but they all boil down to one thing: Covid-19 has not yet hit as hard among the oldest and frailest members of Germany’s population. Authorities are testing and tracking mild cases aggressively, and more than 80 percent of those confirmed are in people under the age of 60. In Italy, despite similar demographics, the picture is vastly different, with the virus disproportionately striking the old.

Taken together, the two countries are an object lesson for why public health authorities around the world are sealing off nursing homes and asking families not to visit elderly parents or grandparents. Once the virus spreads into an older population, as Italy shows, it can overwhelm health systems and become more deadly for everyone. 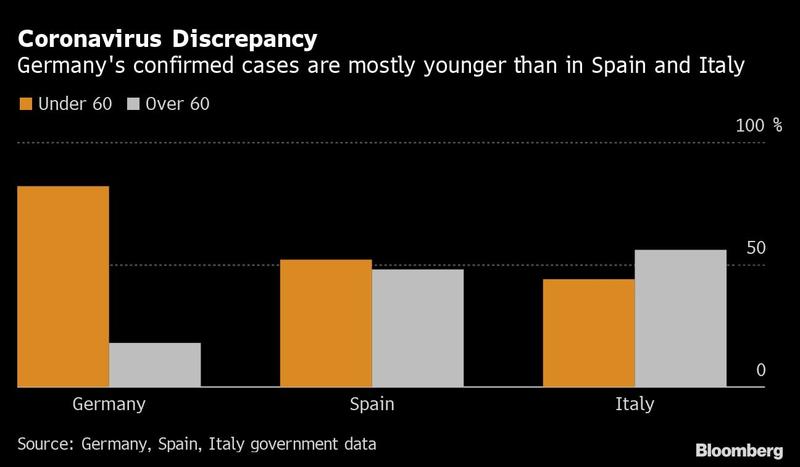 In Italy, 74 percent of those who’ve tested positive are over 50. In Germany, 82 percent of cases are people under 60. The prospect that the outbreak may shift to older people has German health officials worried, too.

“We are only at the beginning of the epidemic,” said Lothar Wieler, president of the Robert Koch Institute, Germany’s public health authority.

The virus has infected more than 350,000 people and killed more than 16,000 around the world since it emerged in China late last year. About a third of those deaths have been in Italy, where some hospitals are overwhelmed. There have been reports of doctors forced to triage patients and ration equipment to save those most likely to live.

Health authorities still don’t know exactly how the virus entered Italy, but once there it easily infiltrated the high-risk older generation. To a degree uncommon in most other parts of Europe, Italian adults are in frequent contact with their parents. The “nonna” and “nonno” provide childcare and standing Sunday lunch dates, and they often live in the same city or even closer.

More than 20 percent of Italians between the ages of 30 and 49 live with their parents, according to Bonn University economists Christian Bayer and Moritz Kuhn. That’s more than double the rate for Germans in that age bracket. Bayer and Moritz have found a correlation between generations living under one roof and case fatality for coronavirus.

“Why are so many elderly in some countries getting infected whereas in other countries they don’t?” Bayer said. “The social network is a natural explanation.”

While other factors are certainly influencing fatality rates, Bayer said his analysis appears to bear out thus far for most of Europe and North America countries where multigenerational living is common -- including Greece, Bulgaria, Poland and Serbia -- should move swiftly to protect the elderly, he said. 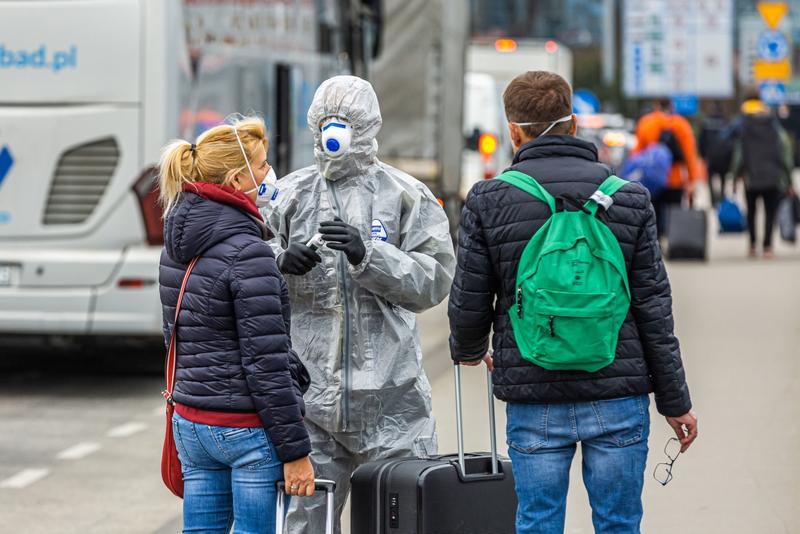 A border patrol guard wears a hazmat suit and a protective face mask while speaking to face mask wearing pedestrians during coronavirus symptoms testing as European Union (EU) citizen movement restrictions and virus containment efforts are enforced on the Oder bridge near the border of Germany and Poland, in Frankfurt an der Oder, Germany, on Thursday, March 19, 2020. (ROLF SCHULTEN / BLOOMBERG)

In Germany, many early cases were in young and healthy people who had just been to ski resorts where the virus was circulating, often in northern Italy or neighboring Austria. The majority of cases have been in people who are 35 to 59 years of age. The average age of those killed by the disease was 82, the Robert Koch Institute’s Wieler said on Monday.

Thanks to a “very aggressive testing process” in Germany, more of the mild cases are probably being included in the total numbers, said Michael Ryan, head of the World Health Organization’s health emergencies program. Ryan predicted that mortality rates will evolve in coming weeks, as patients die in the hospital three to four weeks after being diagnosed.

Italian authorities have pushed back against the idea that the country’s mortality rate is due to the strain on hospitals overrun by new patients, especially in hard-hit regions such as Lombardy. Areas like Veneto, around Venice, have tested more extensively and have lower mortality rates. 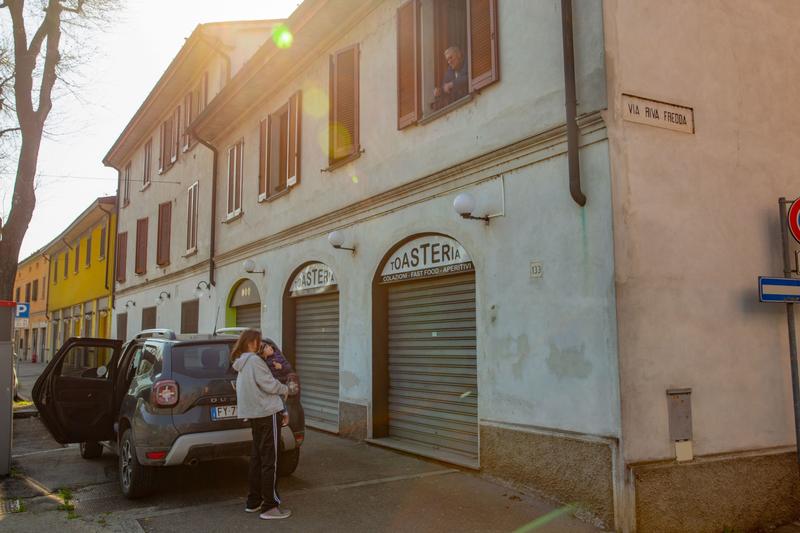 A grandfather speaks to his grandchild from the balcony of the house where he is self-isolating in Cremona, Italy on March 21. (BLOOMBERG)

Emergency chief Angelo Borrelli said Friday that the Italian death toll may be skewed higher by an expansive definition of coronavirus deaths, with anyone who tested positive being included, regardless of any other conditions from which they suffered. But Germany’s Koch Institute says it’s following a similar procedure.

“The real risk is the geriatric age and also concurring illnesses such as high blood pressure and diabetes,” said Roberto Bernabei, geriatrics professor at Catholic University in Rome. “These lead to a greater aggressiveness from the virus.”

Just 2.7 percent of confirmed infections in Germany are in people over the age of 80, the Koch Institute said on Monday. That compares with 18 percent of cases in Italy.