What happens when a virus runs rampant on a cruise ship 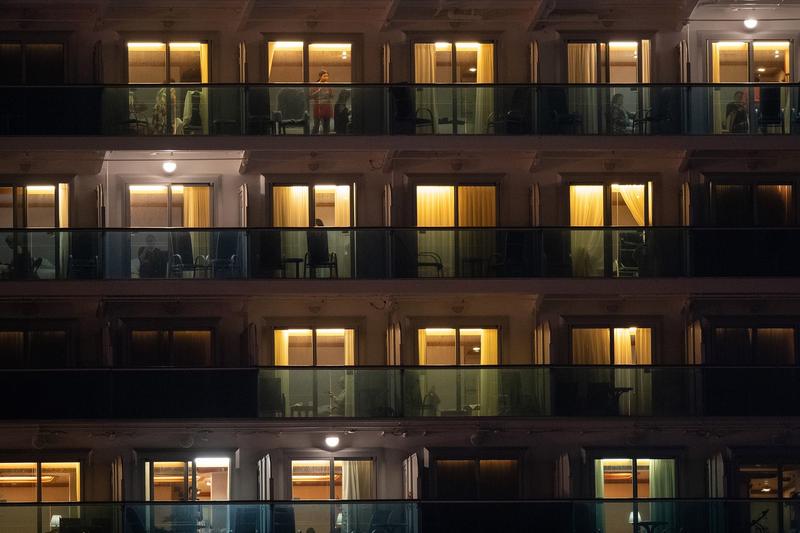 Diamond Princess cruise ship remains quarantined as in Yokohama, Japan as new coronavirus was found to infect 135 so far. (BLOOMBERG)

For 3,700 passengers quarantined on a cruise liner off Japan, it began as a carefree voyage. For the new coronavirus, it was an opportunity to run rampant.

As the number of confirmed cases aboard the Diamond Princess nearly doubled to 135, health authorities evacuated infected travelers. The rest hunkered in their cabins, waiting to find out whether they’d come down with an illness that has killed more than 1,000 people in China and beyond. Operator Carnival Corp stepped up efforts to disinfect the liner.

Keeping the new virus from spreading on land is hard enough. At sea, with thousands of passengers in close quarters on a ship with self-contained systems, it’s a whole different challenge. Every interaction with another passenger or crew member becomes a possible source of transmission. And the virus has many places to hide.

“If you’re going on a big cruise ship with 3,000 people, you’ve increased your chances of picking up the virus,” said Peter Andrew White, a professor of microbiology at the University of New South Wales in Sydney who has studied norovirus outbreaks on board boats. “The cruise industry will need a new regimen on how to deal with this.”

The most pressing challenge is to separate the growing number of infected passengers aboard the Diamond Princess in Yokohama harbor from the apparently healthy. Japanese authorities have been taking those who are ill to hospitals onshore. 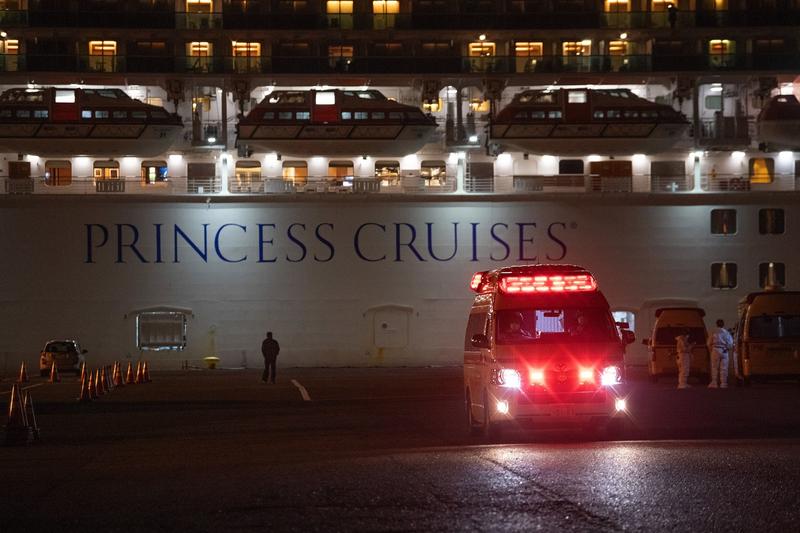 An ambulance parked in front of the Diamond Princess cruise ship docked in Yokohama, Japan. (BLOOMBERG)

With most passengers confined to their cabins, sanitizing the liner is more complicated. Authorities have approved Princess Cruises’ proposed methods for cleaning staterooms and providing fresh linens when guests are allowed outside for fresh air, the line’s President Jan Swartz said in a Feb. 8 YouTube video.

The trade group Cruise Lines International Association projected its members had 30 million cruise passengers last year. Passenger capacity in Asia almost tripled in the five years through 2018 to 4.26 million, although the industry cut back slightly last year. Thirty-nine companies now sail Asian waters in a total of 79 ships, according to the group.

In an emailed response to questions, the organization -- whose members make up 90percent of global capacity -- said cruises are unique among modes of transportation in that they have on-board medical facilities. The group also noted that air travel is much more prevalent than cruise travel, with 4.5 billion people flying last year.

Still, cruise ship sanitation is of such importance that the US Centers for Disease Control and Prevention has a Vessel Sanitation Program governing all boats carrying more than 13 passengers. There’s a 291-page operations manual to keep ships clean and prevent gastrointestinal illnesses.

The industry has learned from repeated outbreaks of norovirus, putting in place protocols to deal with the highly contagious gastrointestinal illness. Measures including hand sanitation stations placed throughout ships have probably kept the coronavirus from spreading even more, White said.

Onboard the Diamond Princess, Kent Frasure of Oregon said his wife tested positive for the coronavirus and remained in their room for another five to six hours until she was transported to a hospital north of Tokyo on Feb. 6. His test came back negative, and he has remained in the same room, which hasn’t been cleaned since Feb. 3.

“I wish they would at least give me Clorox wipes or something,” Frasure said.

Normally, after a norovirus outbreak, passengers would all disembark and the ship would be sanitized top to bottom, said Jean-Paul Rodrigue, a professor of transit geography at Hofstra University in New York.

“They would empty the ship and wipe the whole thing down and clean the entire ship,” said Rodrigue, who’s written about maritime pandemics. “Some even do fumigation.”

Passengers on the Diamond Princess are being quarantined for 14 days to prevent the further spread of the virus, so emptying the ship isn’t an option. Onboard, ways to lower the risk of transmission include extra cleaning and delivering meals individually to cabins, Rodrigue said.

In Hong Kong, 3,600 passengers on Sunday were allowed to leave another liner, the World Dream. The ship had been quarantined since Feb. 5 after Hong Kong authorities found passengers on an earlier trip had tested positive for coronavirus.

After the quarantine announcement, operator Dream Cruises Management Ltd. put in place new sanitation procedures and screened the temperature of all guests and crew members coming aboard. Passengers reported that the cleaning crew was mopping down decks more frequently and studiously cleaning railings and doors.

Norovirus appears to be tougher to wipe out than the coronavirus, which the CDC says is thought to spread from person to person through droplets from coughs or sneezes, similar to influenza and other respiratory pathogens. Normal cleaning procedures with Lysol disinfectant or bleach should be sufficient to kill it, Rodrigue said.

The gastrointestinal infection is more contagious, with those infected shedding “billions of norovirus particles while only a few virus particles can make other people sick,” according to the CDC.

Still, the coronavirus may require the industry to put in place new procedures for similar outbreaks requiring quarantines of an entire boat -- a rarely used measure. Fleets might also look into using new materials, such as plastics that are less conducive to germs. Since the most effective protection against the virus is frequent hand-washing, experts said, ships might also need to look into whether their systems can accommodate extra water and sanitation stations.

“A cruise ship is an enclosed self-sufficient system, down to its water system, so any change will need to be looked at,” said Rodrigue. “This virus is something that’s entirely something new. It will require new strategies and methods.”

Each new case of coronavirus on the Diamond Princess potentially extends the 14-day quarantine for some passengers, Michael Ryan, executive director of the World Health Organization’s Health Emergencies Programme, said in a media briefing Feb. 7.

Frasure said the government and cruise operator haven’t said anything to passengers about the possibility of a longer quarantine. The guests had initially been told the quarantine would end Feb. 19, before more passengers were found to be infected.

“That’s what I’m most concerned about -- that new cases will extend our quarantine,” said Frasure. “It’s on all of our minds.”