Television viewers in South Korea will soon be able to watch the animation series Boonie Bears, one of China's most popular hits.

"The global market is paying more and more attention to Chinese culture and content, and is also interested in what Chinese intellectual property has to offer. This market holds great potential for Chinese IP."

This is the first time Fantawild's signature brand has entered the South Korean TV market. Boonie Bears, with more than 200 billion online hits, is among the highest-grossing series in the history of Chinese television.

Fantawild is just one of many Chinese animation companies eyeing the global market.

Haoliners Animation League in Shanghai has exported two of its popular series, Fox Spirit Matchmaker and Spiritpact, to Japan. Haoliners and a Japanese animation company also jointly created the animated movie Flavors of Youth, which was released simultaneously in the countries in August. The film has also reached an international audience on Netflix.

In what was considered a milestone for the Chinese anime, comics, games and novels, or ACGN, sector, the animated video platform Bilibili listed on the Nasdaq in the United States in March last year, with a market capitalization of US$483 million.

Song Lei, director of the consulting and planning department at the National Animation Creative Research and Development Center, said Chinese animation companies have done well in Southeast Asian and African countries, which are also their main destinations for exports. The center is an incubator platform responsible to the State-owned China ACG Group to support exports by the country's animation industry.

Chinese animation companies are looking overseas because the market is an important source of revenue for many of them, Song said.

She said the company has targeted both domestic and international markets since being founded, with all of its output distributed overseas. Bilingual production was a basic concept from the start.

Animated Boonie Bears films have been launched in China annually since 2014. During the Spring Festival film season this year, Boonie Bears: Blast into the Past became the highest-grossing animated movie, with a 9.1 rating on box-office tracker Maoyan－second only to the scifi hit The Wandering Earth.

The Boonie Bears series is now available in more than 80 countries and has aired on platforms such as Disney, Sony, Netflix and Discovery Kids, making it Fantawild's best-performing brand globally.

In addition, Shang said its Kung Fu Masters of the Zodiac and Chicken Stew series have been distributed in more than 70 countries and have become hit shows on entertainment platforms Nick Asia, Nick India and Star Times.

"The global market is paying more and more attention to Chinese culture and content, and is also interested in what Chinese intellectual property has to offer. This market holds great potential for Chinese IP."

In 2017, the market value of China's animation and cartoon industry reached 153.6 billion yuan (US$22.2 billion at today's rates), and is expected to exceed 200 billion yuan by next year, according to consultancy iResearch. 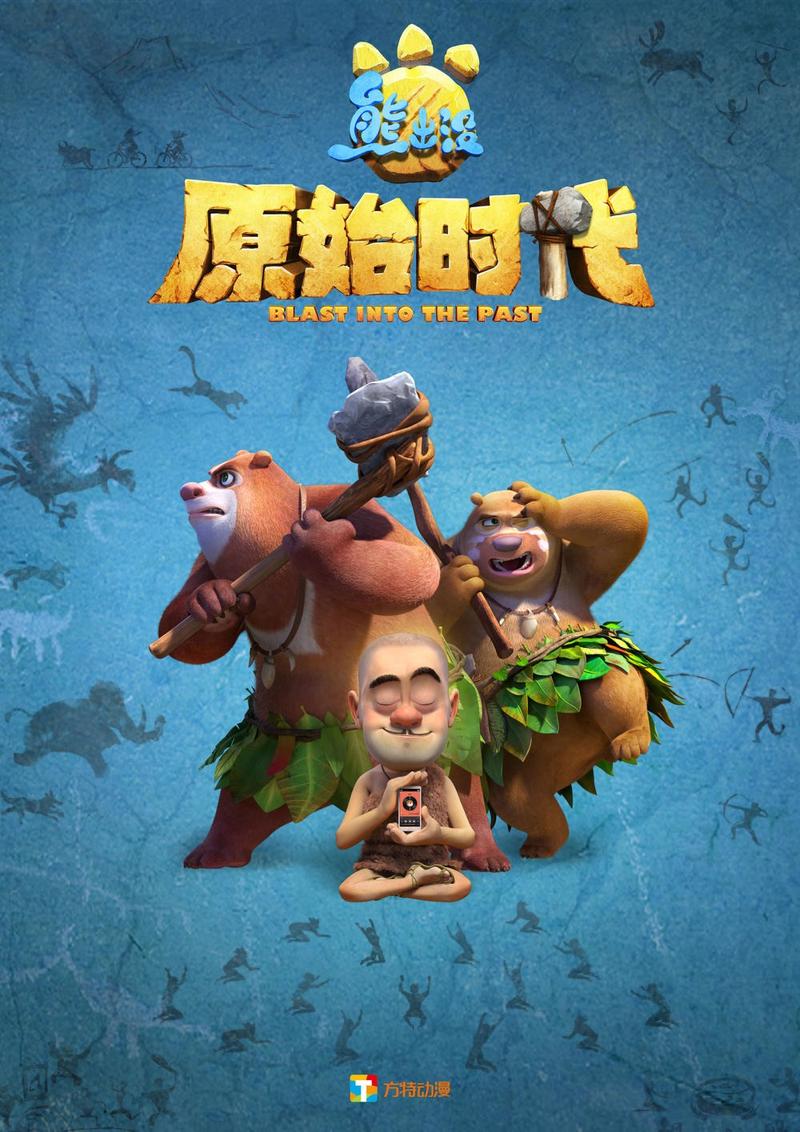 According to a report by the Research and Markets institute, the value of the global animation industry last year was US$259 billion, and is projected to reach US$270 billion by next year.

Huge user demand is one of the sector's growth drivers in China. According to iResearch, there were nearly 350 million ACGN users in the country last year, with more than 200 million viewing online animation and cartoon productions.

Herman Van Eyken, president of the Asia-Pacific Animation Association, said, "The size of it (China's animation industry) is mind-blowing for someone who is not acquainted to China, and so is the quality."

He said that based on his experience with some Chinese companies and universities he was impressed with the high quality of the Chinese industry and its techniques in animation production.

"There have been some very good and successful animation stories produced in China in the past, but they might not have gone beyond China," said Van Eyken, who is also head of Griffith University's Film School in Brisbane, Australia. "Now China is looking outside and trying to respond to that."

On the other hand, Song, from the National Animation Creative Research and Development Center, said, "Chinese TV animation programs are better disseminated than animation films."

More than 1,400 hours of TV animation works were exported in 2016, with the value exceeding 36 million yuan, Song said. "But on the other hand, the animated films that have been shown overseas are 'rare', and usually don't do well at the box office," he added. 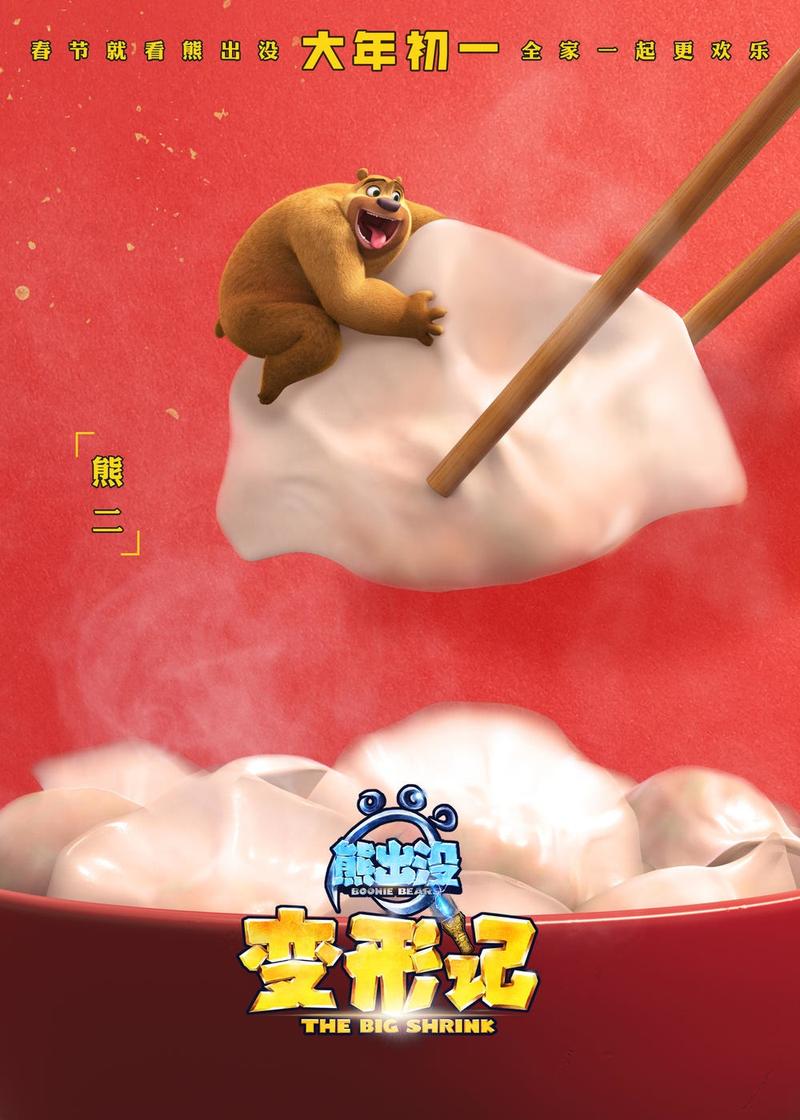 Song said it is still too early to equate the popularity of Chinese animation works with the number of licensing and broadcasting projects, and the industry in the country is undergoing a transition period from the novelty market to the mass market.

"It is good that many animators, whether consciously or unconsciously, seek their foundations and sources from traditional Chinese culture," Song said. 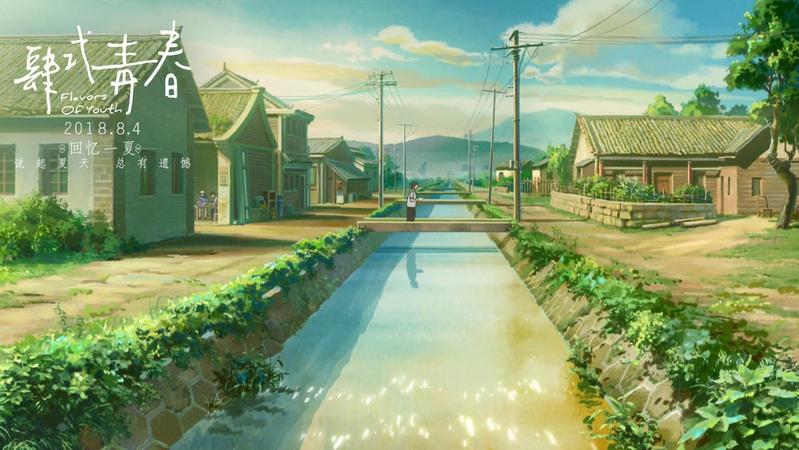 Van Eyken, from the Asia-Pacific Animation Association, said it is an advantage for Chinese animation to remain authentic, but it is also a challenge for these stories to be globally recognized.

Even though he travels regularly to China, Van Eyken said he still finds it difficult to understand the metaphors used in Chinese animation because "they are so culturally specific". 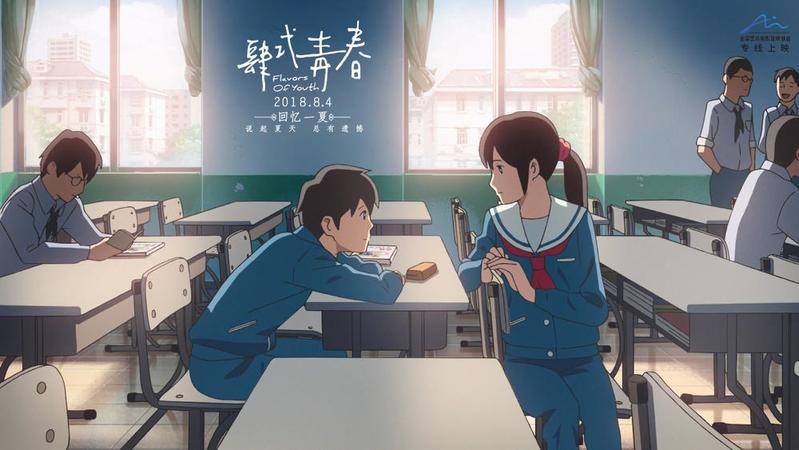 Gordon Chin, CEO and producer of Puzzle Animation, in Shenzhen, Guangdong province, agreed, adding that the company's most popular animation series in China, Ori-Princess, about the adventures of a princess during the Qing Dynasty (1644-1911), was also the most difficult to export.

In contrast, Puzzle Animation's AI Football GGO, a show about Chinese soccer players competing around the world, was first released in South Africa before gaining popularity at home. 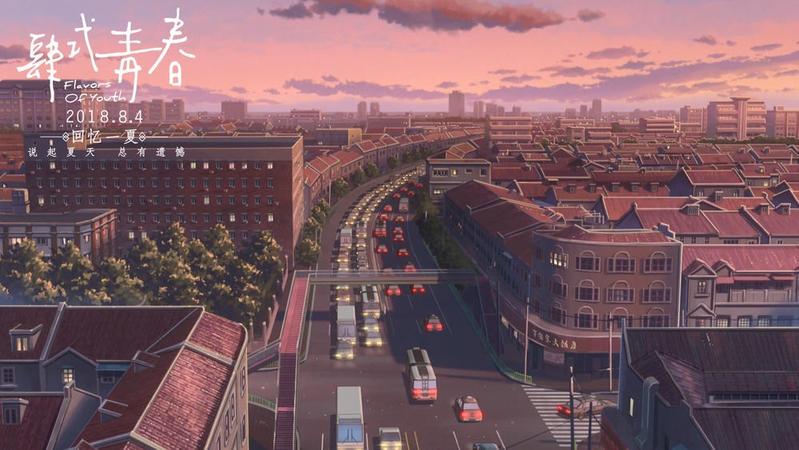 At the time, local TV station ETV was looking for a soccer-related animation series to coincide with the 2010 FIFA World Cup soccer tournament in South Africa. Chin said the company won the contract over a studio from Japan, because M&C Toy Centre, a company owned by his father, had a long-term partner in the local market, and this helped greatly with smooth communication. 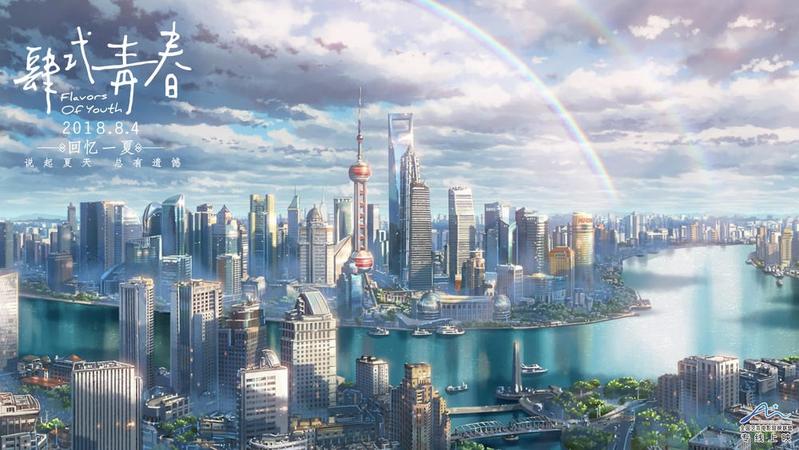 "ETV was very suspicious about our series, because only a few Chinese animation works were exported 10 years ago, and our negotiations took six months to finalize. But last year, when we released the second season of AI Football GGO, I could feel that they really wanted the series," Chin said. AI Football GGO has since been distributed to more than 40 countries.

Fantawild's Shang, said, "Localization is an important part of globalization," adding that in addition to cooperating with local distribution companies, creating posters in local languages and styles is also a must. 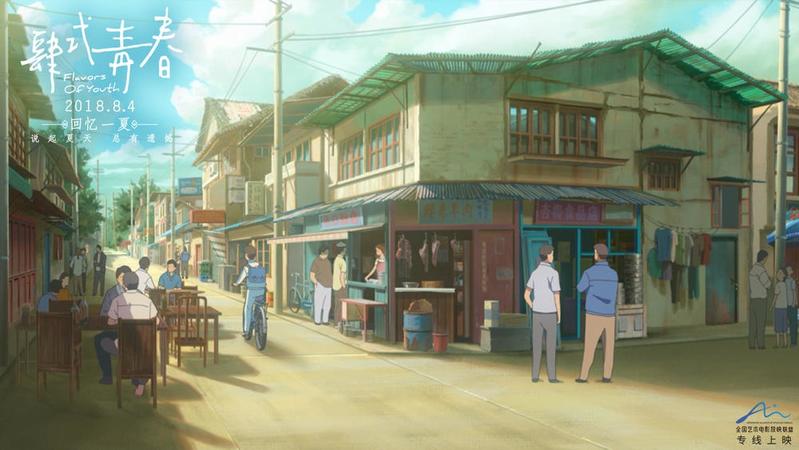 Shang said that while hiring professional in-house voice actors from English-speaking countries, the company's dubbing team also helps with the creation and adaptation of the content to match the culture in the target market. For a hit series such as Boonie Bears, episodes and films are available in many languages, including Spanish, French and Portuguese.

Chin, from Puzzle Animation, said it is important to build up the brand image of Chinese animation works and unleash the market potential, adding that the overseas success of its animation series has resulted in substantial profits in toy sales related to its work.

"Take the Vietnam market for example," Chin said. "Our annual sales of toys there might be just US$50,000 per year, but together with the promotion of our World Peacekeepers series in the country, the figure could rise to US$300,000."

Puzzle Animation exports its work through its sister company Asia Animation in Hong Kong, and is aiming to export the World Peacekeepers series to the US market this year, Chin said. From this year, the Hong Kong company will become a platform for exports of high-quality Chinese animation work overseas. 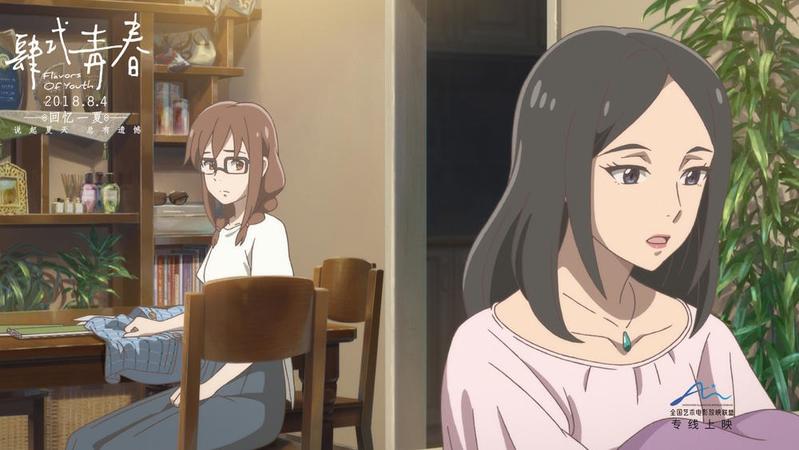 "Terracotta is a Chinese cultural symbol that is well-known internationally, which might make it easier to promote the movie overseas," Shang said. "At the same time, we invited award-winning US scriptwriters to collaborate with us on the creation of the story, to improve the work's quality and international appeal." 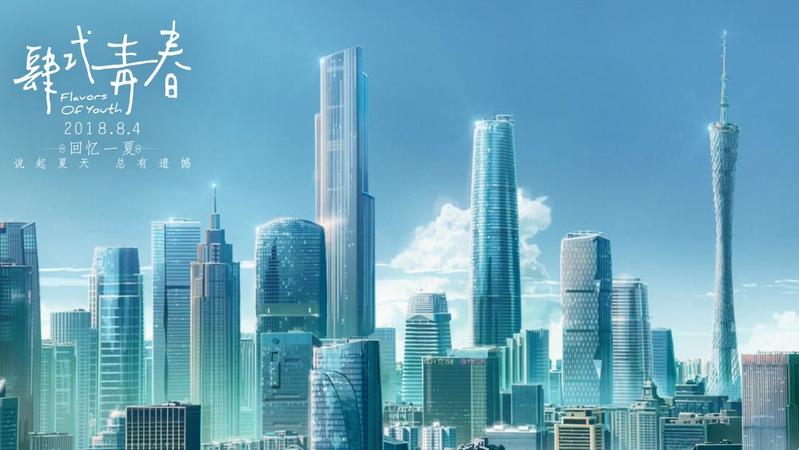 The brand image and aesthetic concept of Chinese animation will gradually grow with more and more works and animators going overseas, Song said. Chinese companies need to find a shared style, similar to how Japanese animation is known for its kawaii (cute) big eyes, and how US works can be recognized immediately for their strong style, he said.

"The future is bright," Song said, adding that the export market accounted for nearly 50 percent of the entire Japanese animation industry in 2017, indicating there is great potential for Chinese companies to increase their exports. 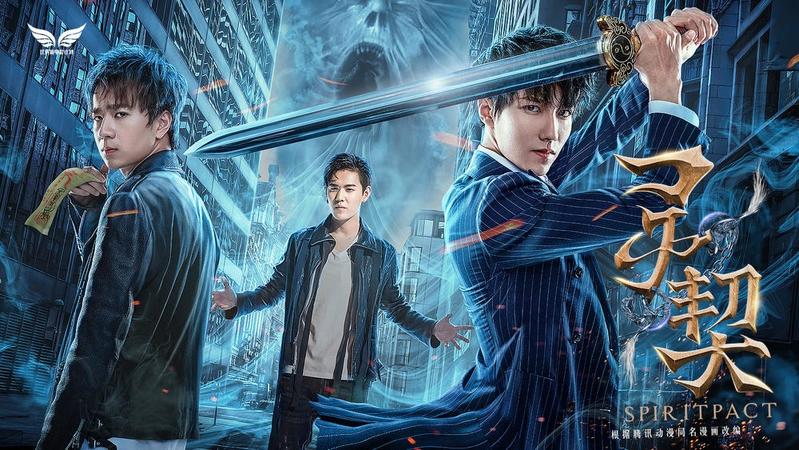 Spiritpact is one of the two series exported to Japan by Haoliners Animation League in Shanghai. (PHOTO / CHINA DAILY)

Van Eyken, from the Asia-Pacific Animation Association, is also optimistic. He said China is a huge country with a vibrant animation industry, and he thinks it will not be long before it tells China's story to the world.