Thanks to hits such as The Great Hypnotist and Miss Granny, Leste Chen is one of the most commercially successful Taiwan directors in the Chinese mainland market.

But with his latest movie, Battle of Memories, also the seventh directorial feature of the 35-year-old filmmaker, Chen has left his comfort zone.

Unlike his previous movies, most of which are romances, Battle of Memories is a crime story set in an Asia of 2025.

A best-selling author, played by A-list actor Huang Bo, tries to erase memories of his estranged wife, played by Xu Jinglei, but accidentally obtains a serial killer's memory. The film was released on the mainland on April 28.

"I had never done such a movie before. And the most difficult part was that I had no precedent to follow," says Chen at a promotional event in Beijing Film Academy.

"It (the filming) was like walking on a tightrope. I needed to be very cautious," he adds.

"The props and sets were unique. The script was revised around 80 times. I hope it (the film) is something brand-new," says Chen.

China saw around 700 feature-length movies made last year, and the main genres were fantasy, action and comedy.

Meanwhile, China saw a rise in plans for sci-fi films in 2015, mainly due to the landmark win of that year's Hugo award by Chinese novelist Liu Cixin, the first Asian to win the prestigious prize.

I had never done such a movie before. And the most difficult part was that I had no precedent to follow

But only a few of those movies have hit theaters, and almost none of those released have succeeded in the box office or received critical acclaim.

As for Battle of Memories, the film avoids dwelling too much on scientific accuracy - a matter Chinese filmmakers do not handle too well - and instead focuses on suspense and plot twists.

Star power is also working for the film with a celebrity cast comprising Huang, Xu, Duan Yihong and Yang Zishan.

Since the film opened across the Chinese mainland, it has grossed around 200 million yuan (US$29 million), according to live tracker Cbooo.cn.

The movie got 7.3 out of 10 on the country's most popular reviewing site Douban. 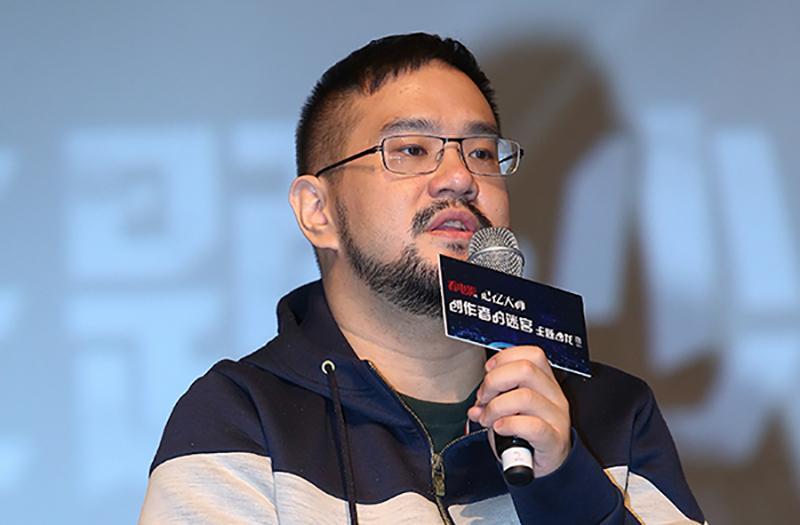 But for Chen, figures are not the most significant thing.

"My expectation from the box office is just about meeting ends. If the movie can earn a little more than the budget, I will be very happy. This will encourage more filmmakers to work on this genre (soft sci-fi)," he says.

Chen, who was born in a middle-class family in Taiwan in 1982, took up direction at the age of 23.

But despite some of his early movies gaining recognition at international film festivals such as Venice and Busan, he did not make an impression in the mainland market until 2011, when Love on Credit scored big.

Chen then decided to press on and his psychological thriller, The Great Hypnotist, earned nearly 300 million yuan in 2014.

Chen says he adds indie elements to his movies to pay homage to the classics or masters he adores.

"The movie that influenced me the most is Almodovar's All about My Mother (a 1999 winner in the Oscar's best foreign language category)."

Looking to the future, Chen says he will split his time between directing movies for the big screen and the internet, as he believes that web productions will change the way movies are watched in the future.