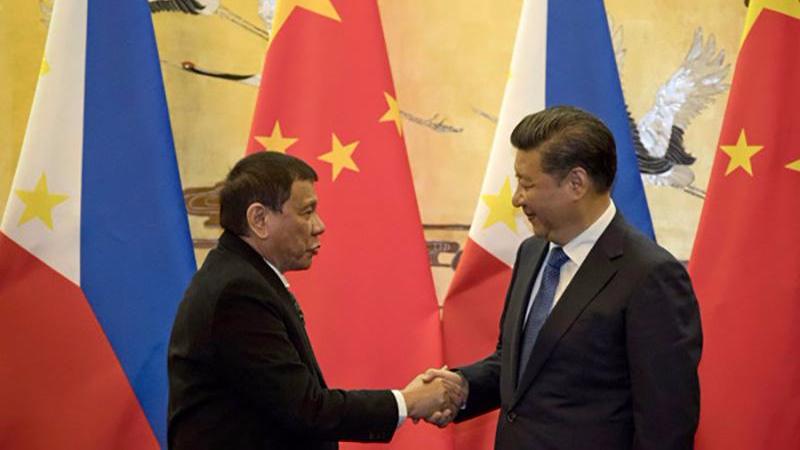 China would like ASEAN to play a positive role in maintaining regional peace and stability, President Xi Jinping told Philippine President Rodrigo Duterte while discussing the Korean Peninsula nuclear issue over the phone on Wednesday.

Analysts said it's quite rare for Xi to discuss the Korean Peninsula nuclear situation with a leader of the Association of Southeast Asian Nations, showing that the issue has influenced not just the peninsula, but also the whole Asia-Pacific region.

Xi said China is dedicated to achieving the goal of the denuclearization of the Korean Peninsula, maintaining peace and stability of the peninsula, and resolving problems through dialogue and consultation.

He called on all parties involved to maintain restraint and return to the right track of dialogue and negotiation to resolve the problems.

Mentioning that he met with Duterte twice last year, Xi said that the two sides have reached an important consensus on improving and developing China-Philippine relations, which has led to the comprehensive improvement of their ties.

The two countries have established a dialogue and consultation channel for the South China Sea issue, Xi said, noting that the two sides have continuously enhanced political trust and cooperated in all areas.

China and the Philippines should stick to the direction of friendship and cooperation to benefit the people of both countries, he added.

China appreciated the Philippines' efforts in the rotating presidency of ASEAN in pushing forward cooperation in East Asia, Xi said.

He also welcomed Duterte's attendance at the Belt and Road Forum for International Cooperation and looked forward to meeting the Philippine president again during the event. The forum will be held in Beijing on May 14 and 15.

Duterte said Philippine-China friendship and solidarity are being strengthened, and the two countries are speeding up exchanges and cooperation in all areas.

The Philippines would like to make joint efforts with China to improve ties, he said, adding that he expected to go to China to attend the forum.

The Philippines is willing to push forward ASEAN-China relations, and enhance cooperation and communication over international and regional affairs, he said.

Jia Duqiang, a senior researcher of Southeast Asian studies at the Chinese Academy of Social Sciences, said that it's "new" for Xi to discuss Korean Peninsula nuclear issue with Duterte.