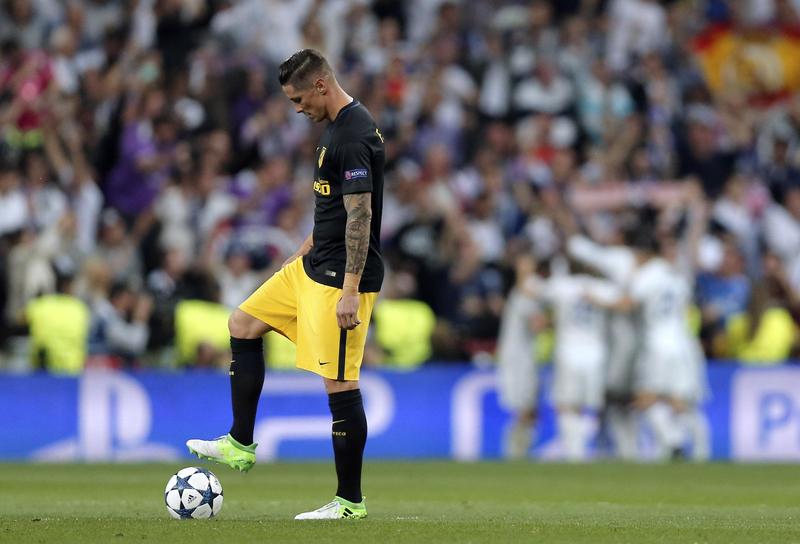 MADRID — Diego Simeone's much-hyped defense faltered when it was needed the most, likely costing Atletico Madrid a chance of returning to the Champions League final.

Atletico's mighty defense was far from its best in the first leg of the semifinals against Real Madrid on Tuesday. It made uncharacteristic mistakes in a 3-0 loss that left the team needing a historic comeback to avoid another disappointing Champions League elimination against the city rival.

Next week's match at the Vicente Calderon Stadium leaves Atletico with only a slim chance of avenging the losses to Madrid in the final both in 2016 and in 2014. Madrid also eliminated Atletico in the 2015 quarterfinals.

"We made too many mistakes," Atletico midfielder Jorge "Koke" Resurreccion said. "We need to apologize to our fans, to everyone at the stadium and to everyone watching at home. Nothing worked for us."

It was thanks to tough defending that Atletico thrived in recent years, winning the Spanish league in 2014 and reaching the Champions League final in two of the last three seasons. 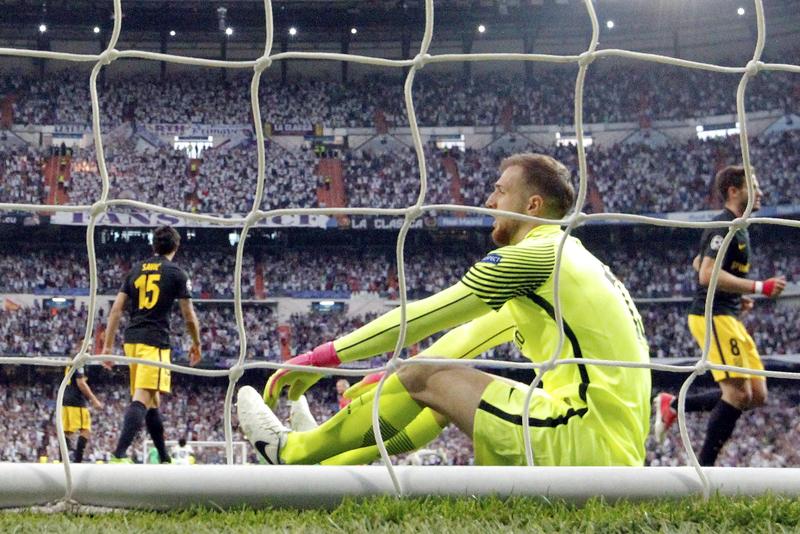 Simeone's team had struggled a bit on defense earlier this season, but went into the game at the Santiago Bernabeu Stadium playing well. Atletico had kept nine clean sheets in its last 13 games in all competitions, conceding only four goals.

Injuries to key players ahead of Tuesday's game had raised doubts about the backline.

Simeone had to improvise by playing central defender Lucas Hernandez at right back, although that change didn't appear to affect Atletico too much. What really hurt the team were the atypical mistakes.

The first goal came after the defense failed to fully clear a cross into the area following a set piece, allowing Casemiro to pick up the rebound and send the ball back into the box. Cristiano Ronaldo got ahead of a defender and headed the ball past Atletico goalkeeper Jan Oblak.

In the second half, Madrid scored again after a mistake by Filipe Luis, usually one of the best players in Simeone's defense. The Brazilian left back lost the ball in a challenge with Ronaldo and the Portugal star freely entered the area to add to the lead.

The third goal came in a counterattack that caught Atletico's defenders off guard. Madrid forward Lucas Vazquez got past central defender Diego Godin on the right side of the area and passed the ball back to Ronaldo, who was unmarked in front of the goal and scored easily.

"They were smarter than us in the second half," Koke said. "They waited for us, and Madrid is a great team when playing on counterattacks."

Atletico, seeking its first Champions League title, had conceded three goals in a game only three other times this season, including in 3-0 loss to Madrid at home in a Spanish league match in November.

Atletico defeated Madrid 4-0 at the Calderon in the league in 2015, a result that if repeated would be enough to see the hosts advance.

"Unexpected things happen in football," Simeone said. "We will fight until the last drop of hope."