Eastern fell to a 0-6 defeat to CSL champions Guangzhou Evergrande in the ACL on Tuesday. (Photo courtesy of HKFA.com)

The AFC Champions League adventure for Eastern and head coach Chan Yuen-ting ended with a bump on Tuesday night after being taught a harsh lesson in football by current China Super League champions Guangzhou Evergrande. After 90 minutes, the club from Hong Kong had succumbed to a 0-6 defeat at Mong Kok Stadium. The rout began with ex-Tottenham Hotspur striker Paulinho finding the net after just eight minutes for the visitors, and a Josh Mitchell own-goal sent the Blues in at half time two down. A brace from Alan, a second for Paulinho and an injury time free-kick from Yu Hanchao in the second half sealed the win for Evergrande that maintains their position at the top of Group G, while the result also means that Eastern crash out of the competition still with a game to play.

The reigning Hong Kong Premier League champions will need to pick themselves up quickly, however, as along with Kitchee, Southern and South China they must prepare for the semi-finals of the FA Cup with the first of the two ties kicking off on Saturday. 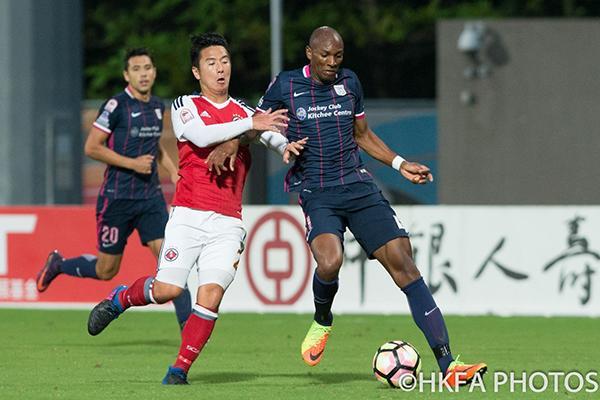 Judging on current form it is clear that Kitchee look the side better equipped to end the season as league champions, further evidenced by a very comfortable 3-0 away win over South China last weekend. The Bluewaves are on a run of eight consecutive wins, and Brazilian-born striker Sandro has been in sensational form. He currently leads the top goal scorer table with an impressive twenty goals, with a staggering ten of those coming in the last five games. This will serve as an ideal preparation match for their huge “winner-becomes-champion” crunch match against Eastern on the final day of the league season, and they could well end this campaign with the FA Cup trophy in hand as well.

Southern are the only team to have dealt Kitchee a defeat in the Premier League this season, though, and with their opponents here having one eye elsewhere, this could be another golden opportunity to score a win and book themselves into the final of a domestic competition. They were overcome in a 1-3 loss to Eastern in the last round of the HKPL, but prior to that they were unbeaten in twelve league fixtures despite some relatively disappointing draws with Rangers and Yuen Long. Marco de la Espada has been a revelation since arriving from Kitchee, and he will no doubt be looking to add to his tally of nine goals against his former employers to bring about an upset. 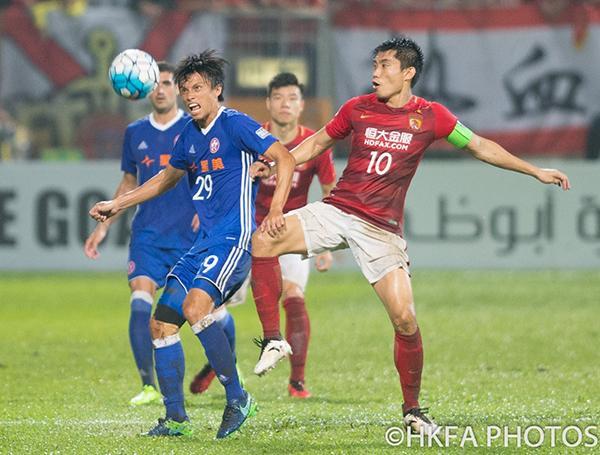 Eastern notched up an important 3-1 win over Southern in the Premier League last weekend. (Photo courtesy of HKFA.com)

Since the arrival of head coach Dejan Antonic, the Caroliners’ form can be described as disappointing at best. Their inconsistency has seen them slide away from not only the title race, but also put their chances of a top four finish in jeopardy. The FA Cup represents their last chance of a trophy this season, but even this looks to be a step too far after narrowly making it through to the last four via a penalty shootout following a 1-1 draw with Rangers. Nikola Komazec’s goal scoring prowess has cooled off quite significantly, and there is a definite correlation between him not scoring and his team’s poor performances.

Meanwhile Eastern’s quest for a second consecutive league title will be somewhat dependant on their ability to pick themselves up after the loss to Guangzhou Evergrande. The Blues have also shipped an alarming ten goals in their last four league matches, while their title rivals Kitchee boast the meanest defence in the league. The good news for Chan Yuen-ting’s side is that they only need to avoid defeat against Kitchee on the final day, and a semi-final tie against South China could be just the tonic they need to ready themselves for what lies ahead. Manuel Bleda has been excellent for the Blues this season, despite a spell on the sidelines, and failure for him and his teammates to secure a win here would come as a big surprise.