Can a plane be hit by unseen air turbulence?

Cabin crew and passengers get hurt if unstrapped. Global warming heightens the risk.

Clear-air Turbulence strikes without warning. Radar does not blip. Pilots cannot see it. Planes, crew and passengers can be tossed about. Remaining strapped in at all times is the default safety drill. Honey Tsang learns that CAT climates are complex and not easily predictable. Global warming is making a bad situation worse. 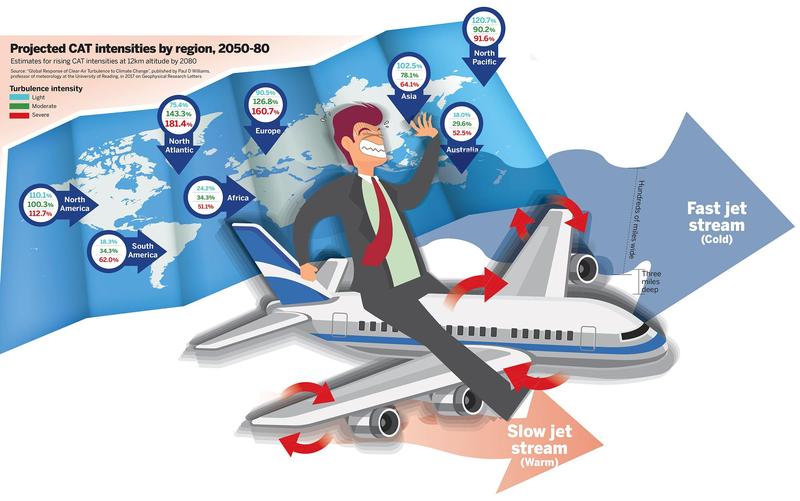 Clear-air Turbulence (CAT) happens when two jet streams — a cold polar stream and a warm sub-tropical stream, surging at different speeds, temperatures, and densities, collide with primeval force in the cloudless sky. This natural phenomenon is intensified by ascending carbon-dioxide levels in the atmosphere, raising temperatures.

Pilots have no visual clues to CAT danger. Airplane radar cannot detect it. The aircraft can suddenly toss, turn, and drop, within the CAT fright. Turbulence occurs with wind shear (sudden shifts in direction or velocity), at the boundaries of the colliding jet streams. CAT occurs typically at altitudes of 7,000 to 12,000 meters.

Jet stream speeds can vary by season from 100 knots (nautical miles per hour) to 200 knots over North America and Europe. Speeds of 300 knots have been recorded over Southeast Asia. Scientists predict global warming could double the frequency of air turbulence by 2050, increasing CAT severity by 10 to 40 percent.

(SOURCE: THE NATIONAL TRANSPORTATION SAFETY BOARD)

What is ‘severe’ CAT?

It could be traumatic and life-threatening. Unstrapped passengers and crew hit the ceiling or slam into the nearest obstacle. Loose bags and service trays fly. There is total chaos in the cabin, with 200 terrified humans hold on for life. Cabin crew are disabled. The aircraft may be out of control with sudden shifts in altitude and/or attitude (pitch, roll, yaw) caused by wind shear.

The aviation industry classifies CAT at four levels: Light, Moderate, Severe, and Extreme. Light and Moderate conditions are not uncommon. The worry is that Severe incidents are increasing. Statistics indicate over three million people fly on any given day. There are 13,000 aircraft in the skies at any moment. More people are subjected, more frequently, to CAT risk. 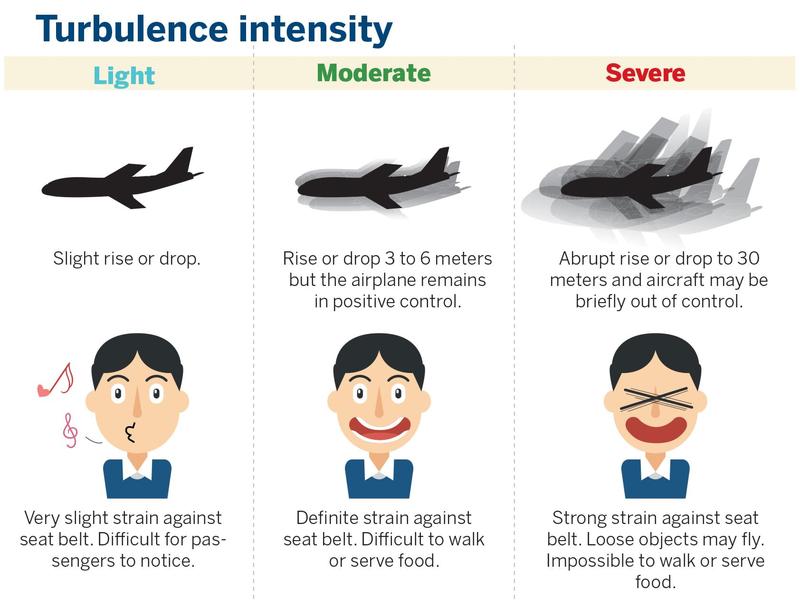 Paul D Williams, professor of meteorology at the University of Reading, in the Advances in Atmospheric Sciences Journal of April 2016, observed a causal link between higher concentrations of carbon-dioxide in the atmosphere and greater frequency of CAT.

“The atmosphere is not warmed uniformly by CO2 emissions. At flight-cruising altitudes of nine to 12 kilometers, the tropics are warming faster than the poles. The increasing temperature differentials drive the jet streams, making them more sheared, leading to more turbulence,” Williams told China Daily.

In a separate study published in the Geophysical Research Letters Journal in October this year, Williams noted that the occurrence of CAT will vary from continent to continent. Planes flying at 12 km over Asia, from 2050 to 2080, might run into severe CAT 64 percent more frequently. Williams projected Severe CAT events to rise by 181, 160, and 113 percent respectively in North Atlantic, Europe and North America, over the same period. 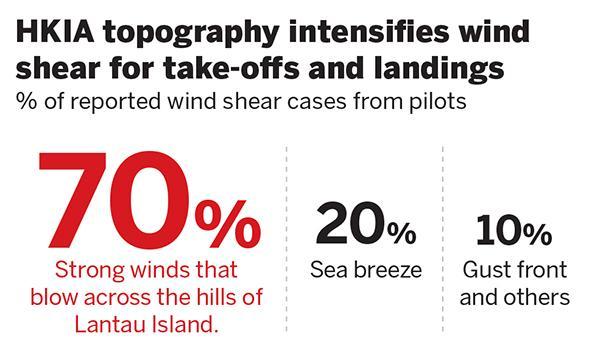 In Hong Kong, CAT encounters average 15 days a year. Over the past two years, the Hong Kong Observatory (HKO) has observed an increase in reported Severe CAT cases.

“The Severe CAT events have upped from just one, to two days per year now,” says Shun Chi-ming,                   director of the HKO. Shun believes there are many factors which cause Severe CAT. Recent CAT cases reported, especially around the upper-air of Northeast Hong Kong, are also aggravated by the undulating jet streams over hilly terrain below.

CAT frequency increases from December to February in Hong Kong, when the variances of polar and tropical temperatures are greatest, and the jet streams strongest. A forceful wind shear can blow a plane off its set flight path, upward, downward, or sideways.

Pilots point to the topographic features around Hong Kong International Airport (HKIA), which render aircraft more susceptible to turbulence. The airport is on reclaimed land at the north end of mountainous Lantau Island, and southwest of the hilly regions of New Territories West.

High-velocity winds can blast suddenly from between mountain gaps, generating powerful wind shear, hitting the headwind or tailwind of aircraft. The majority, 70 percent, of wind shear and turbulence reported at the airport, comes from the strong winds that blow across the hills of Lantau Island. These conditions make it challenging for pilots to take-off or land at HKIA. 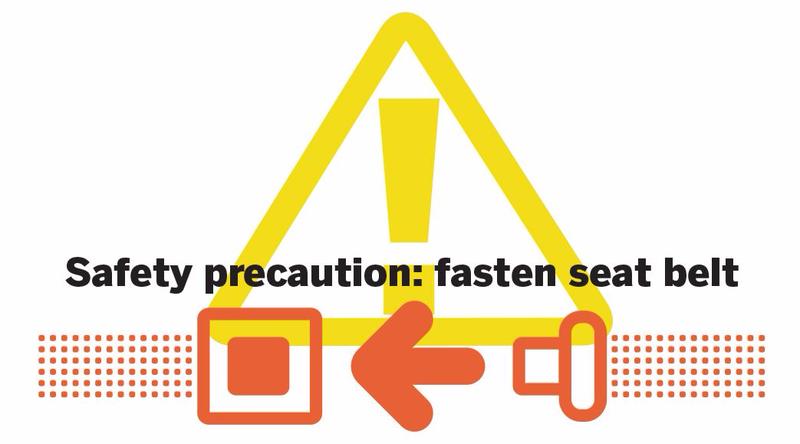 CAT is invisible and can strike suddenly. Keep seat belt fastened throughout the flight.

Nigel Leung, founder of the Aero Institute (AI-HK) and former first officer of Dragonair, now Cathay Dragon, with 5,200 flying hours, recalled a nasty experience one stormy week in 2010. His Airbus was hit by a violent downdraft when lifting off. The Airbus jolted hard as if punched by a giant fist out of a large storm cloud above. Crew and passengers were nearly jolted from their seats. There were no injuries as all were safely buckled up.

While pilots anticipate and prepare for the wind shear experience around HKIA, CAT is an added, invisible hazard. “We have no choice but to endure the violent jarring,” noted Nigel Leung.

“A lot of the turbulence encountered by planes in tropical regions, like Hong Kong, will be convective turbulence from storms,” said professor Williams. Storms gain energy from the high heat and rise to altitudes higher than the cruise level of planes, so there’s no getting around them, he explained.

Air turbulence dominates weather-related aircraft mishaps. In the United States, between 2000 and 2011, turbulence accounted for 71 percent of all weather-related aircraft accidents. Thunderstorm and wind shear only contributed 6 and 1 percent respectively, according to the National Transportation Safety Board, a United States federal agency overseeing transport accidents.

In the absence of on-board detection systems for CAT, pilots rely on predictive forecasting by weather centers, and sharing of information by fellow pilots flying the same routes.

Light Detection & Ranging technology (LIDAR), a pilot technique to detect CAT, may warn pilots of clear-air turbulence. LIDAR, mounted on the aircraft nose, emits ultraviolet rays to detect air density 10 to 15 km ahead. The reflected signals can reveal rapid shifts in air density which indicate the presence of CAT. But LIDAR is too slow for effective evasive action at cruising speeds of 900 km/h.

LIDAR may find commercial acceptance as onboard technology, when it is miniaturized to reduce weight, its detection range is extended, and it is made cost-effective.

“The planes that will fly by the end of this century are probably being designed now,” said Williams. He urged aircraft manufacturers to factor climate change into their designs, to cope with the stresses of global warming.

Director Shun of the HKO said the department’s meteorologists are partnering with Cathay Pacific, to study flight data from its fleet. “We want a better grasp of how CAT relates to global warming, by interpreting the statistics,” he added. 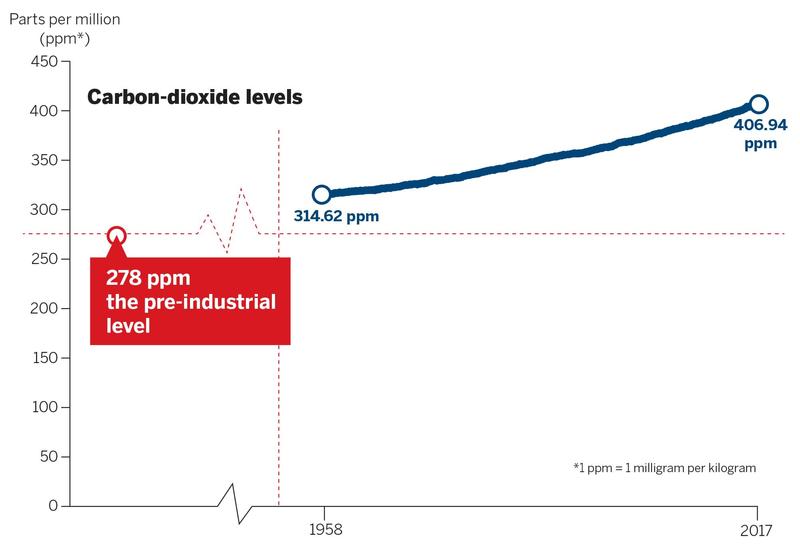 Fung Wing-ho survived two jolts of a Severe CAT on June 4 this year as Flight KL887 from Amsterdam was landing at HKIA — despite not being buckled. Two passengers hit the ceiling, a flight attendant was thrown to the floor, and the captain was choked off mid-sentence while announcing landing instructions.

Flight KL887 landed safely. Paramedics sprinted aboard to treat the injured. A wiser Fung declared “I’m not fearful of flying. But this taught me to keep the seat belt fastened all the time.” 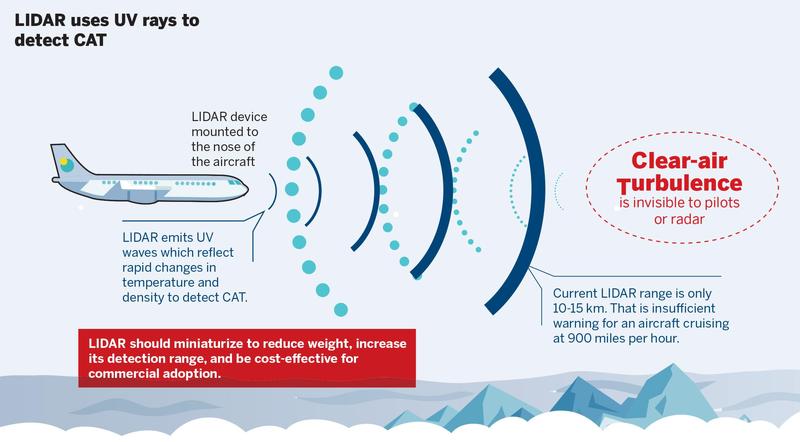 Clear-air Turbulence is triggered when two jet streams of different speeds, temperatures, and densities, collide. At the boundaries of this dynamic slam, whorls of looping, rolling, and twisting winds, destabilize aircraft. CAT is invisible to radar and pilots. There is no warning. It can happen in clear skies with no storms.

• CAT is invisible and strikes without warning.

• LIDAR technology can detect CAT. It has future promise.