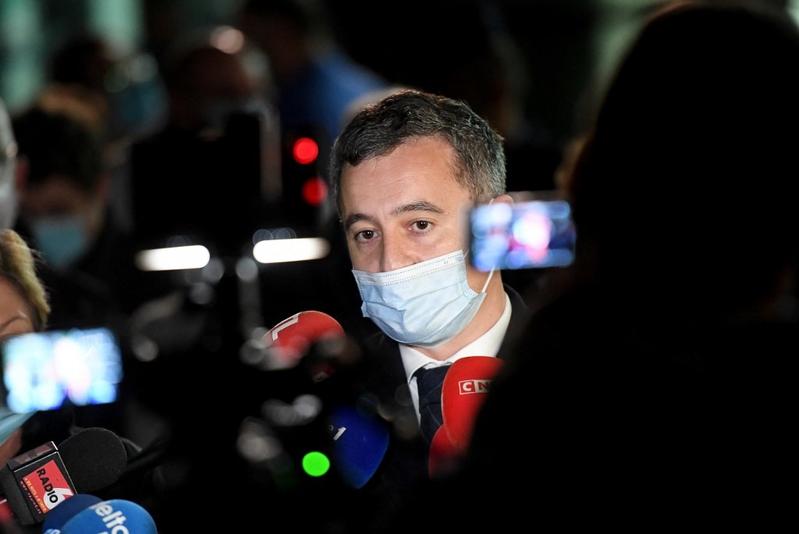 French Interior Minister Gerald Darmanin speaks to the press in front of the hospital of Calais, northern France, after at least 27 migrants died when their boat sank off the city's coast. (FRANCOIS LO PRESTI / AFP)

PARIS – France has told UK Home Secretary Priti Patel she is no longer invited to a meeting over the Channel migration crisis after British Prime Minister Boris Johnson criticized Paris' handling of the situation, the French government said.

France took offense at a letter sent by Johnson to President Emmanuel Macron on Thursday. A source close to Interior Minister Gerald Darmanin described the letter as "unacceptable and contrary to the spirit of our discussions between partners".

The decision underlined the poor post-Brexit relations between the two countries and the difficulties they may face working together to curb the flow of migrants after 27 people drowned trying to reach British shores on Wednesday.

"No nation can tackle this alone and so I hope that the French will reconsider," transport minister Grant Shapps told BBC News.

Seventeen men, seven women and three teenagers died on when their dinghy deflated in the Channel, one of many such risky journeys attempted in small, overloaded boats by people fleeing poverty and war in Afghanistan, Iraq and beyond.

It was the worst such tragedy on record in the narrow seaway separating Britain and France, one of the world's busiest shipping lanes. 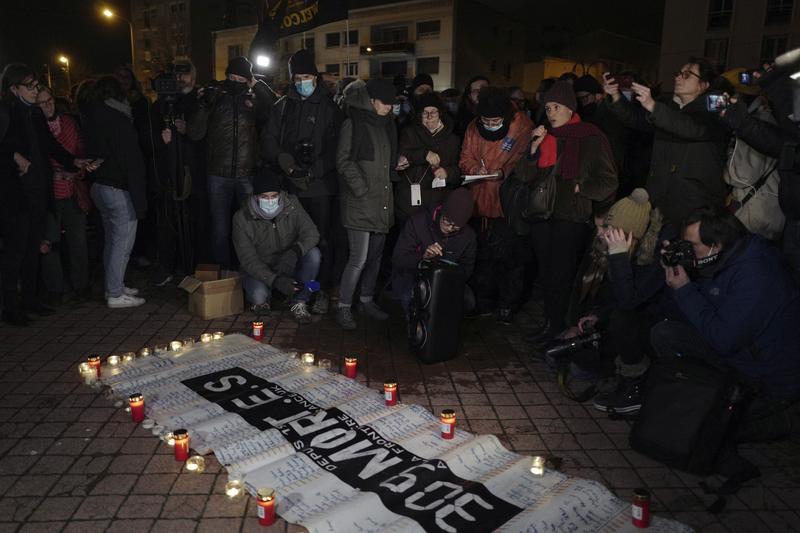 Activists and members of associations defending migrants' rights stand next to a banner reading "309 dead on the France UK border since 1999" during a gathering outside the port of Calais, northern France, Nov 25, 2021. (RAFAEL YAGHOBZADEH / AP)

The deaths deepened animosity between Britain and France, already at odds over post-Brexit trade rules and fishing rights.

French fishermen on Friday blocked a small British cargo vessel from docking in Saint-Malo and plan later to blockade the port of Calais and the Channel Tunnel, both major hubs for trade between Britain and Europe.