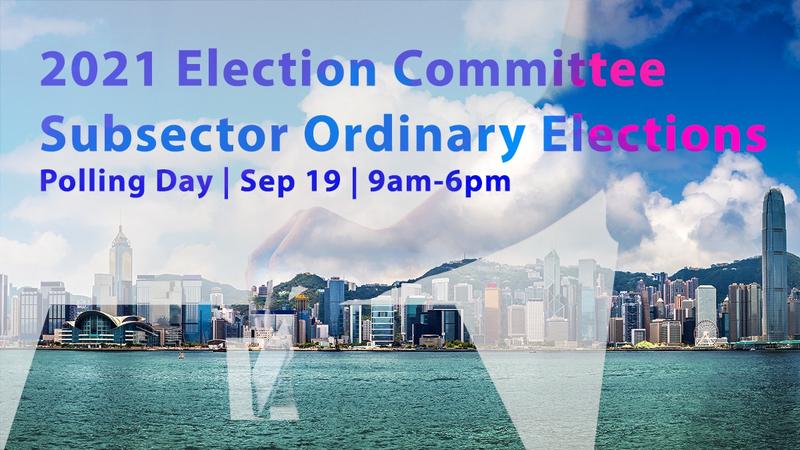 HONG KONG - The 2021 Election Committee's subsector ordinary elections in the Hong Kong Special Administrative Region (HKSAR) will be held on Sunday, which will be the first elections after improvements to Hong Kong's electoral system earlier this year and an important step of implementing the principle of "patriots administering Hong Kong."

The reformation and greater empowerment of the Election Committee are at the center of Hong Kong's electoral system improvements. The following are eight keywords of this new institutional framework.

The upcoming elections will be the first under Hong Kong's new electoral system. Out of the 1,500 seats of the Election Committee, 325 people have been determined to be validly registered as ex-officio members, 156 people validly nominated to be members of the Election Committee and 603 candidates uncontested, as well as 412 candidates to contest for 364 seats on Sunday.

Except for 52 temporary vacancies, all the 1,448 members of the Election Committee will be generated after Sunday's elections. In the next few months, the Legislative Council (LegCo) General Election and the Chief Executive Election will be held in December 2021 and March 2022, respectively. 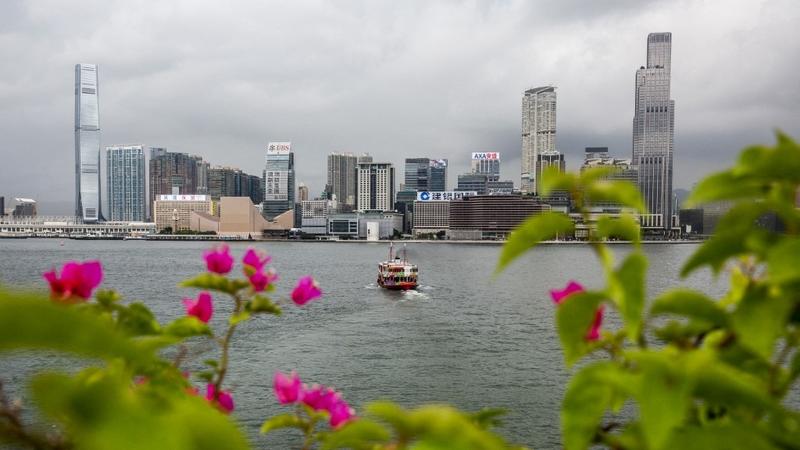 The new electoral system is an institutional guarantee for the implementation of the principle of "patriots administering Hong Kong." The Candidate Eligibility Review Committee vets and confirms the qualifications of candidates for the Election Committee members, the Chief Executive, and the LegCo members.

The Election Committee plays an important role. It prevents anti-China, destabilizing elements from entering the administration structure of the HKSAR and elects staunch patriots with high administrative capability.

Those elected should fully and accurately implement the principle of "one country, two systems," be capable of addressing various problems in Hong Kong's development, work for Hong Kong residents genuinely, be good at bringing various sectors together, and fulfill their duties without any reservation.

The Election Committee, which has been expanded to 1,500 members from 1,200, is composed of members from the following five sectors: industrial, commercial and financial sectors; the professions; grassroots, labor, religious and other sectors; LegCo members and representatives of district organizations; Hong Kong deputies to the National People's Congress (NPC), Hong Kong members of the National Committee of the Chinese People's Political Consultative Conference (CPPCC) and representatives of Hong Kong members of related national organizations.

The structural optimization of the Election Committee leads to more balanced participation of people from all walks of life. New subsectors such as representatives of small- and medium-sized enterprises, grassroots associations, associations of Chinese fellow townsmen, associations of Hong Kong residents in the mainland, and Hong Kong members of related national organizations have been added, which expands the Election Committee's social coverage and is conducive to fair political participation in Hong Kong.

Representatives of economic and social sectors and areas concerning people's livelihood have also been added so that the Election Committee's representation will be more balanced and the political participation of Hong Kong residents will be broadened. 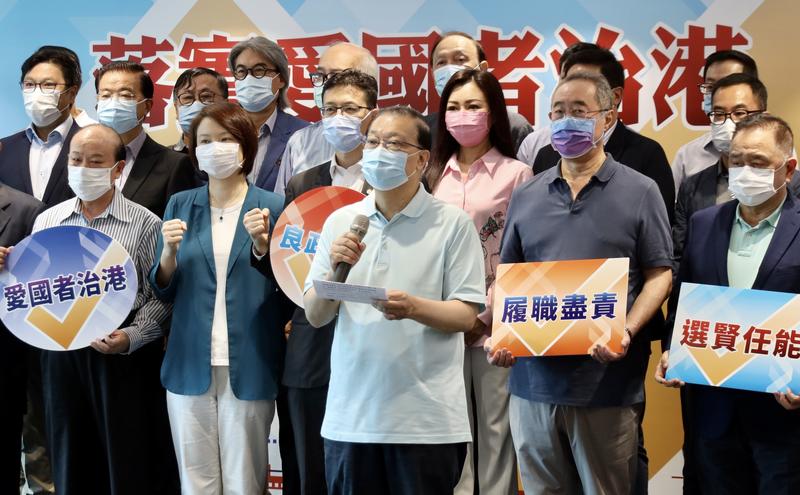 Tam Yiu-chung (center), Hong Kong's delegate to the National People’s Congress Standing Committee, speaks at a launching ceremony of the street booths to promote the implementation of the principle of “patriots administering Hong Kong”, Hong Kong, Sept 11, 2021. The principle ensures the selection of a qualified and competent governing team for the city. (EDMOND TANG/CHINA DAILY)

With these new progressive members, the Election Committee is more representative of the interests of people from all walks of life in Hong Kong. The arrangement is also conducive to the improvement of people's national identity and Hong Kong's integration into national development.

Apart from its original function of nominating and electing the Chief Executive designate, the Election Committee will have two more key functions: electing part of LegCo members and participating in the nominations of all LegCo candidates.

According to Annex II to the HKSAR Basic Law, the LegCo membership is expanded from 70 to 90. Among the members, 40 are returned by the Election Committee, 30 by functional constituencies and 20 by geographical constituencies through direct elections.

The reformation and greater empowerment of the Election Committee enable elections in Hong Kong to resume professional and rational and eliminates the influence of "pan-politicization."

Under the new electoral system, people who are patriotic and care about Hong Kong actively participate in the elections for the overall interests of society. A new political climate, which is diverse and professional, emphasizes capability and has fewer disputes, takes shape.

Elections, no longer excessive and scattered, are organically integrated, which helps truly realize Hong Kong's executive-led system and facilitate effective administration. As a result, more efforts will be concentrated on the economy and people's livelihood, and Hong Kong's deep-seated problems will be solved.

The new electoral system breaks through the limitations of certain sectors, districts or groups and enables the Election Committee to be fully representative of various sectors in the administrative structure of the HKSAR.

The overall interests of Hong Kong society can be represented, and the democratic rights of Hong Kong residents can be better protected. Hong Kong's democracy can be pushed forward step by step according to the actual situations.

Hong Kong will have more effective administration and enjoy continued prosperity and stability. The implementation of "one country, two systems" will also achieve enduring success.